Ever since visiting Parliament in Canada, Bode has been talking about wanting to make the laws when he grows up. None of us have been to the US capitol,  so after staying a day or two longer than we expected in Jersey we headed south.  We rolled in at dusk, with no real plan other than seeing the sights at the mall. Once again, a total lack of planning didn’t prevent us from just showing up and wandering around.

Note the beautiful weather on day 1. No jacket required.

Bode really wanted to go in the White House to see the President, and it took a while to convince him we couldn’t do it. We walked around a bit more before getting really hungry.

Ben’s Chili Bowl was recommended by two friends and it was awesome. I went back for seconds. Of all the landmarks in Washington DC, this is the only one that serves a killer chili dog.

Ben’s is one of those places that has been an institution for multiple eras and has pictures of it’s famous patrons.  There was a picture of Barack, but two of Bill Cosby. 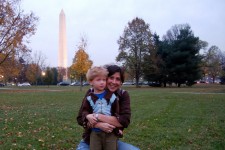 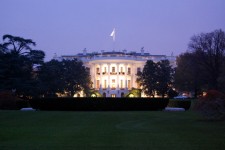 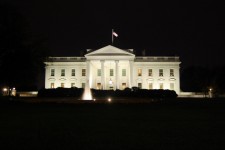 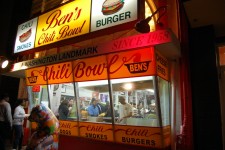 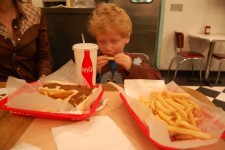 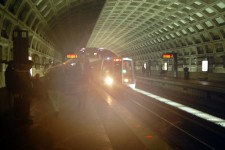 Tropical storm Ida showed up overnight, much to our surprise. The rain got heavier and the wind stronger all day.  Although it slowed us down a bit, we still got to see much of Washington.

The Washington Monument is the tallest, so was first on Bode’s list. The rain kept the crowds away and we went straight to the top. It’s a great way to see the area.

After George Washington was out of office, it was quickly decided that a monument was to be built in his honor. He agreed that a statue of him on his horse would be acceptable. Fifty years later, long after his death and many delays, some committee decided that it would be a giant stone monolith. At least that’s what the park ranger told us. It’s pretty cool – way more impressive in person. No mortar – just stacked stones. At the top… in the rain… it leaks. 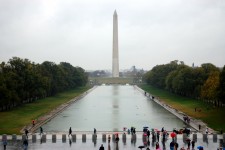 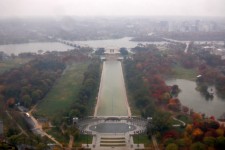 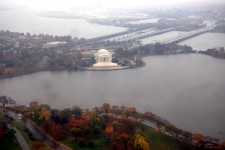 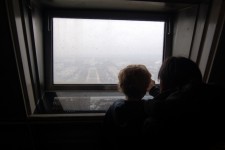 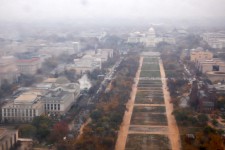 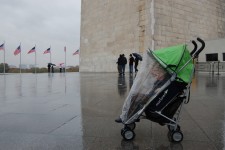 We checked out Lincoln’s Memorial and skimmed the Smithsonian and Capitol. For this first time in my entire life, I was asked to move because I was blocking someone’s photo. There were 1000 people and I was blocking the Lincoln Memorial. It’s no wonder American tourists have such a bad rap. We’re bad tourists in our own country.

We could have spent a week here, but two days would have to suffice this time. We tested the theory that there is no such thing as bad weather, just inappropriate clothing. After all day in the cold rain though, we were soaked through to our socks. Well, Bode was pretty dry–we pushed him around in a plastic bubble stroller.

It was Veteran’s Day which added so much to my experience. I can’t believe we’ve never been here, and I can’t wait to go back (in the summer.) 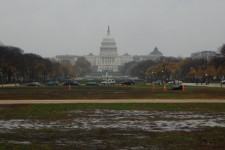 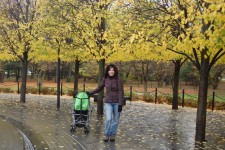 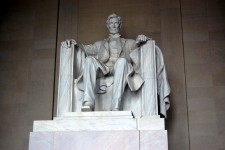 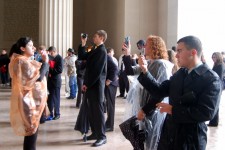 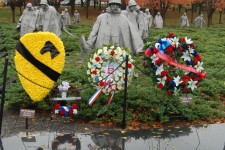 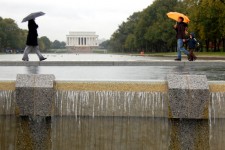