We left Washington DC and the rain followed. It’s getting really dark by 5 PM here on the East Coast, and with rain and DC rush hour traffic, the highway was not my favorite place. Then, the turn signals shorted out so that when you tried to use them, it killed all the power to the gauges on the dashboard. No blinkers, but we still had lots of turning to do. My face was down in my hands a lot (Jason was driving), but finally we were off the major road.

I have been hearing stories about Robert from Jason’s dad since I met him. It’s usually the same story about the time he took them skiing during high school and they destroyed a hotel room. He loves to tell that story. Anyway, Jason and Robert recently got back in touch and he and his wife Michelle (also a friend of J’s from high school) now live in Urbana, Maryland. We met them for dinner and had fun telling (other) stories from the past and catching up.

We had a generous offer to stay with someone on the way to the mountains, but the weather and power problems sent us to the nearest motel. We got an early start the next day and the electrical  short seemed to have fixed itself (or at least dried out). 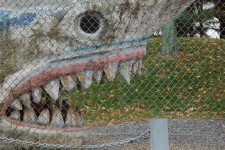 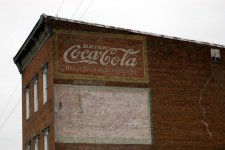 We drove to the top of the Blue Ridge Parkway and traveled through Shenandoah National Park. It was beautiful and at the highest point it was snowing. The fog came in heavy a bit later and the lack of visibility pretty much made us detour out of the park – and the campsites were all closed. Fortunately, we had been invited to stay with Jeff and Teri from the Full Moon Bus Club so we headed down to Roanoke. 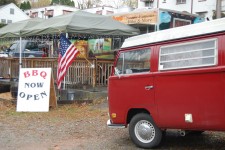 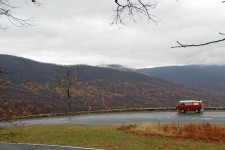 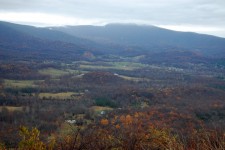 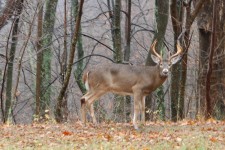 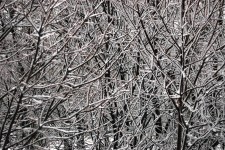 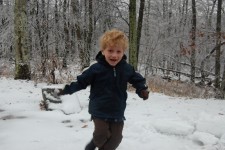 We stopped at a grocery store before we got to their house and quickly realized that we were now in The South. Nice folks all over the store – really nice. Eagerly nice.

Jeff and Teri confirmed the Southern hospitality theory… more really great folks. They welcomed us, fed us, entertained Bode and let us use their laundry. Instead of the usual “hippies use back door” sign, their sign says to use the side door. Nice! The next day they gave us the tour of Roanoke and left us in the hands of Mark, a great VW mechanic. 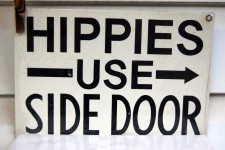 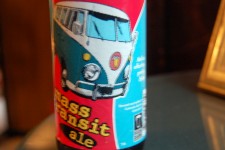 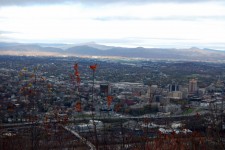 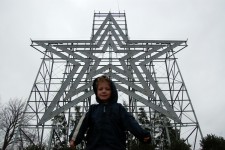 Despite Teri battling some major illness in the last year or so, she and Jeff work very hard on their charity event Natural Bus. They spend an entire year restoring a VW bus and then raffle it off to raise money for the local Ronald McDonald house. They are passionate about the bus restoration and the charity. Great people working hard to help a great cause. Their website isn’t updated for this year’s event just yet, but please contact them through the website if you are interested in making a donation, an auction item, a door prize, or parts or services for the raffled bus. It’s a highly-attended Full Moon Bus Club event and we’ve been told by many that it’s a really fun weekend.  Where else can you go camping and come home with a newly restored Westfalia?  I’m hoping we’ll be back for this event someday.