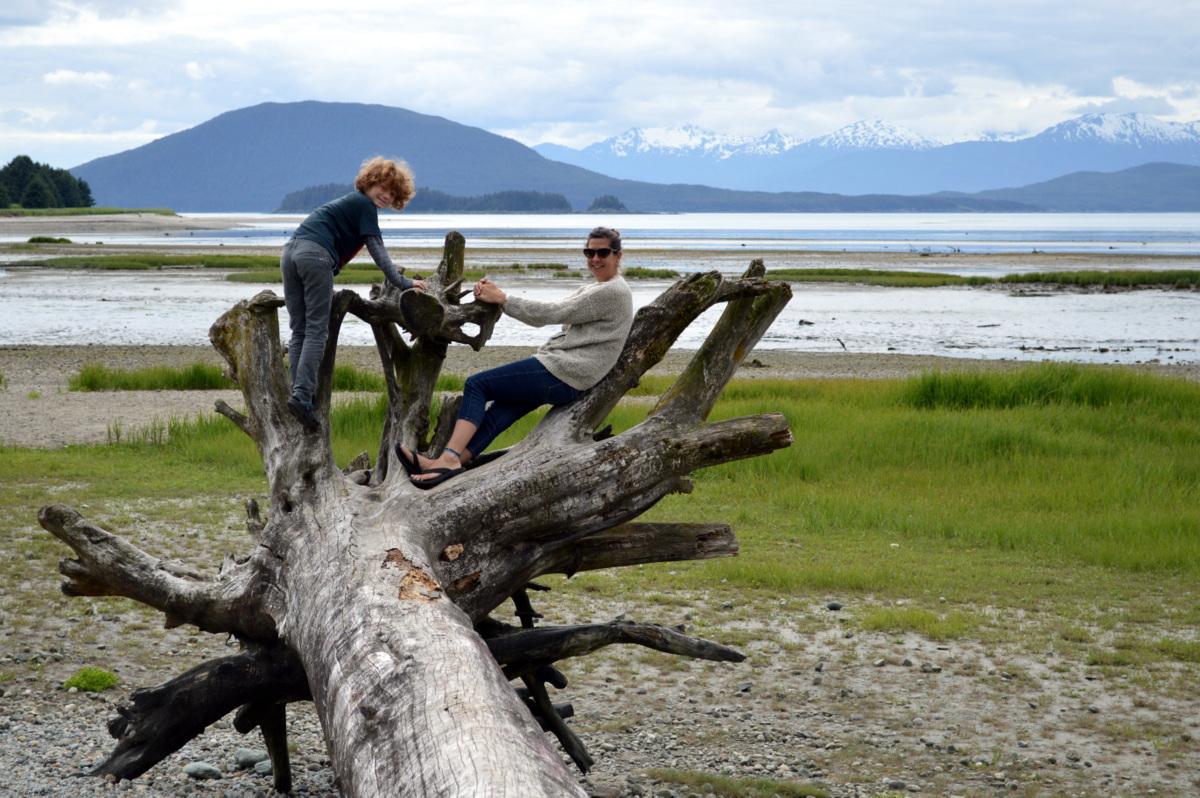 About a mile from the ferry terminal was a $10 forest service camp site right on Auke Bay. The catch was that it cost an additional $10 to ‘reserve’ the space – even when standing there with plenty of sites available. Here’s my short rant – the parks reservation system is a sham. All of them. Anyway, this particular one is looking for a camp host. If you want to spend the summer getting paid to camp outside of Juneau, they’re hiring.

We took a spot with a short, steep hiking trail to the water and set out to burn some energy after the 30 hour ferry ride. 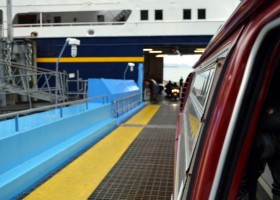 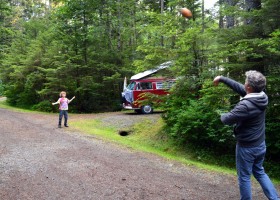 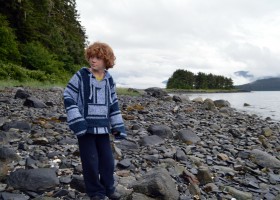 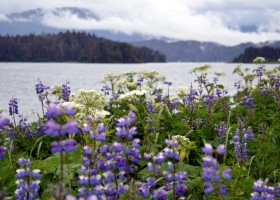 The weather was typical for the Alaskan coast, but we still managed another hike at Mendenhall Glacier, along with the passengers of about five cruise ships. Still, we got the undivided attention of a VW-loving ranger. She was bummed because this is the time of year she usually drives her bug, but the brakes were out and she hadn’t had time to fix them.She named the other VWs in town – I think there were three. Funny how people usually know the other Veedubs in their town (but not necessarily the drivers).

By land mass, Juneau is one of the largest cities in America. Not bu population, though. The glacier is technically inside the city limits – you can see it from the high school – weird. 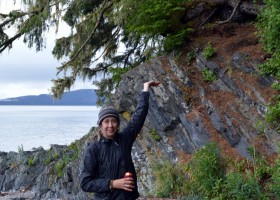 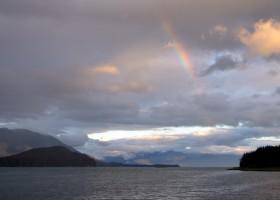 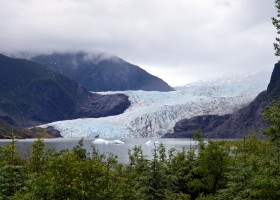 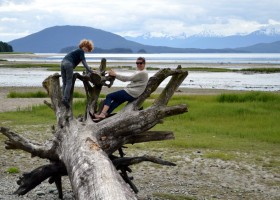 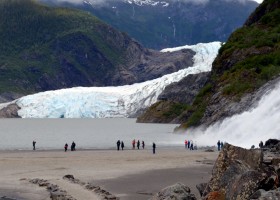 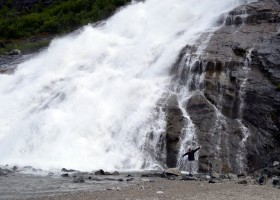 Downtown Juneau is a quirky little area with lots of colorful houses set on steep, narrow streets. Difficult maneuvering for our bus.

The cruise ships were docked so close to town we initially thought they were just buildings at the end of street. When the cold and rain became unbearable, we ducked into a pub and caught up on the interwebs while enjoying our first Alaskan Brew. We avoided all the places with cruisers lined out the door and found a bar with an “Alaskan owned” sign prominent in the window. When the boats left, the town was empty. 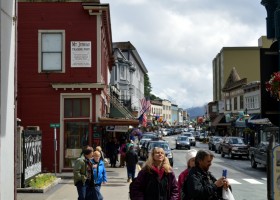 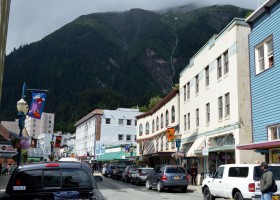 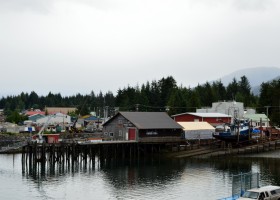 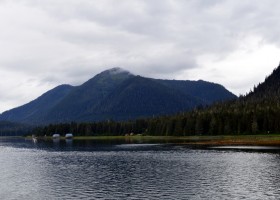