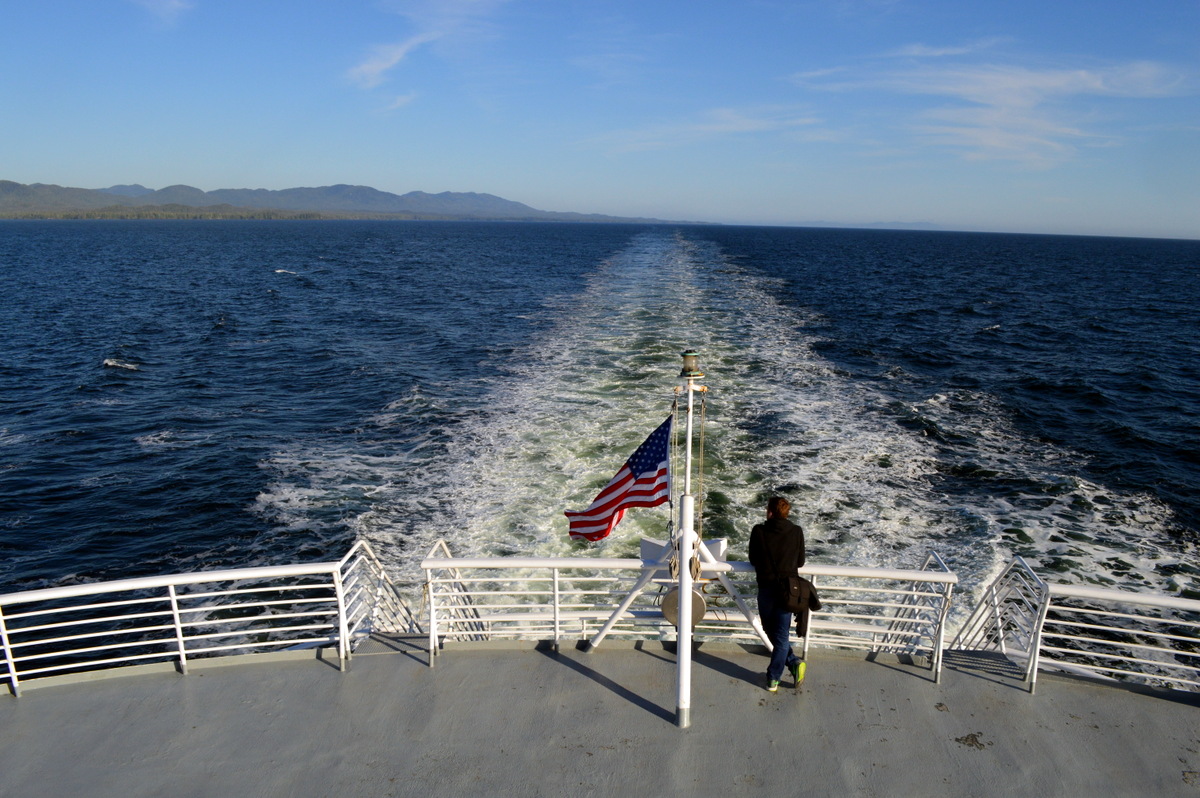 Our plan to take the AlCan Highway had been changed to take the Cassier Highway. But, when we got to our friends’ house in Kitimat and did a little research, we changed it again. There was a ferry available the next day. We’d heard it was difficult to make reservations on the ferry, -especially going south at the end of the summer – so we jumped at the chance to take it north.

Later we learned that the ferries may stop running before the end of the summer – something to do with oil company subsidies. Several of the smaller ferries were broken down and stuck in Kechikan as well.

So, we camped near Prince Rupert and checked out the small town the next day. We were due to line up for the 3pm ferry at noon and got there about that time. Still, we were the last car on the boat, parked within inches of some rather large motorhomes. Even the parking guys were doing high-fives at this parking job.

Our ride was 30 hours. You can only go to your car at port stops, and we didn’t have a cabin. The ferry was big with several lounge areas and a big cafeteria. We staked out some space near a plug in the ‘recliner’ lounge and watched the world go by for 6 hours before our first stop. Ketchikan was supposed to be a cool town, but we arrived at 10:30 pm and everything was closed down. Still, we walked 2 kilometers or so to a grocery store and bought a few snacks and headed back. We stopped at Red Beard and picked up some bedding and headed back up to our seats. With the late sunsets, we finally went to sleep around midnight on the hard floor of the boat (Bode wasn’t heavy enough to keep the recliners down).

We had two stops during the night, with lots of announcements and people getting on and off.  By 6 am everyone was up for breakfast. The scenery was incredible, but by the time we reached Juneau, we were crazy tired. 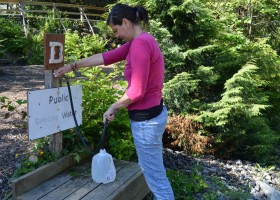 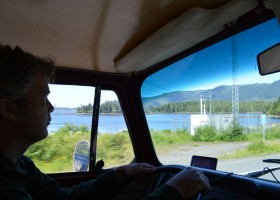 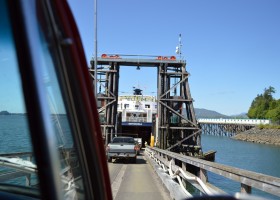 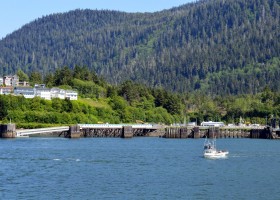 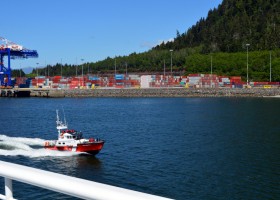 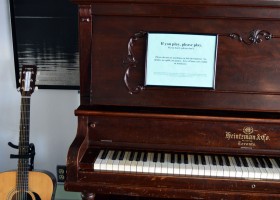 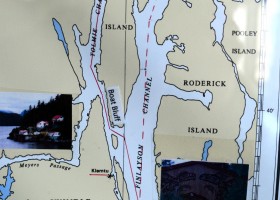 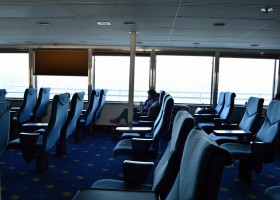 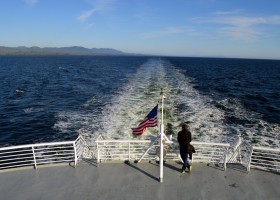 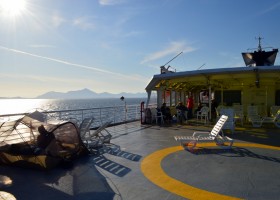 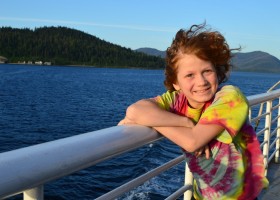 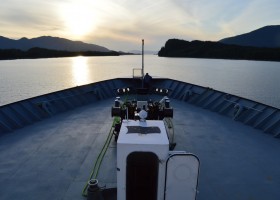 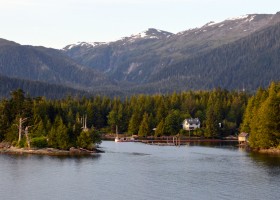 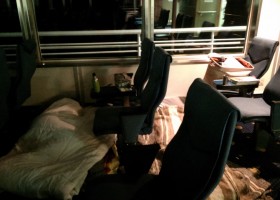 2 thoughts on “Ferry Up”