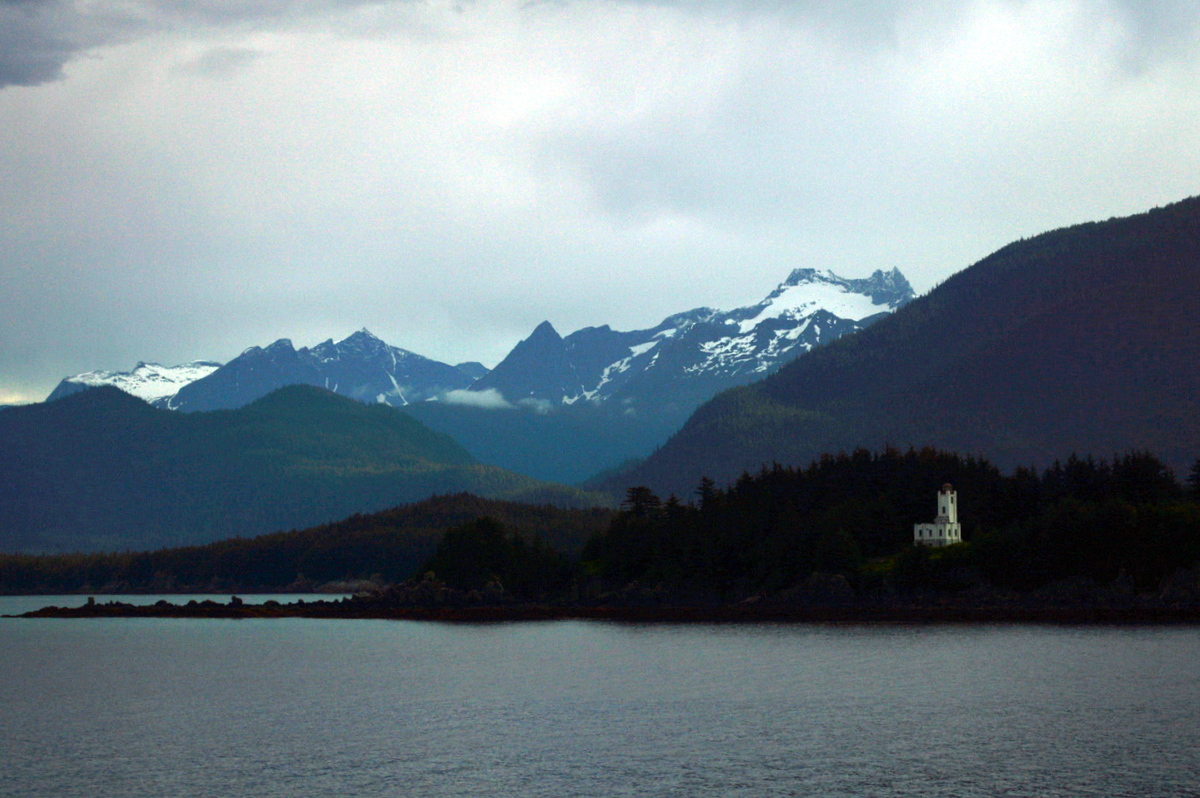 Another day, another ferry ride.

Juneau is not connected by road to any other part of Alaska. It is the capitol of Alaska, but only accessible by boat or plane. There have been multiple plans over the years to connect it by road, but the consensus is just to leave it as it is. 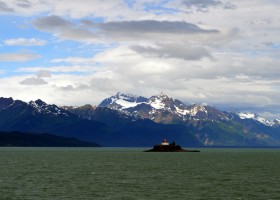 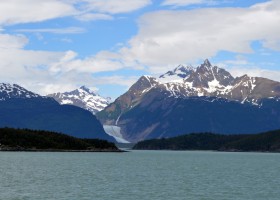 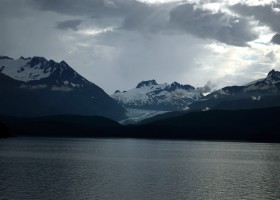 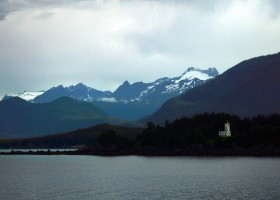 We had to arrive at the ferry terminal at 5 a.m. to get in line. We were careful to set the alarms on our phones, but hadn’t realized that our phones hadn’t updated to the Alaskan Time Zone, 1 hour earlier than PST.

I hadn’t slept well to begin with, so at 3:45 a.m. I was cranky learn that I had another hour. I turned off my phone and climbed back into bed. 10 minutes later, Jason’s alarm went off. Time zones are confusing.

An hour later, I left the boys sleeping in the back and drove the mile to the terminal to check in. Easy, peasy since we didn’t have to go through the customs process for this ride. We lined up with everyone else in the parking lot and waited an hour and a half to drive on. 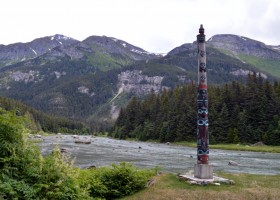 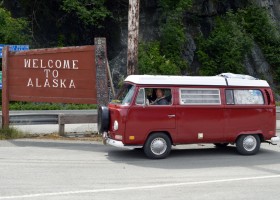 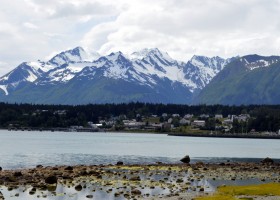 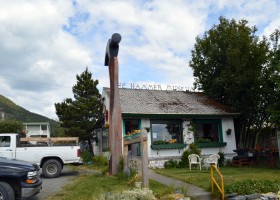 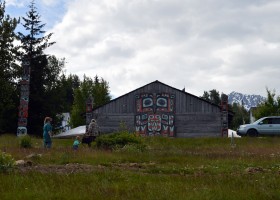 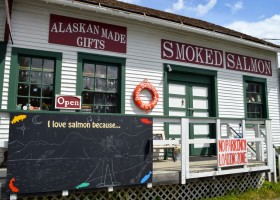 Once on board, we found a good seat next to the windows. It was windy and rainy outside, but we still got to see some whales and dolphins. The ferry went straight through fjords and more glaciers. We pulled into the town of Haines, which is connected by road to mainland Alaska via The Yukon.

Although we really needed a shower, the RV parks were expensive and unappealing, so we headed back out of town to a State Park. We got a great site on Chilkoot lake. We were close to a famous bear-watching site, and we checked it out several times. But the salmon aren’t running yet, so no luck. At least the local brewerey was open. 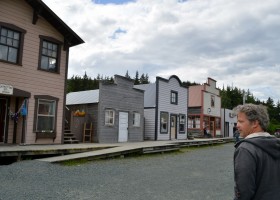 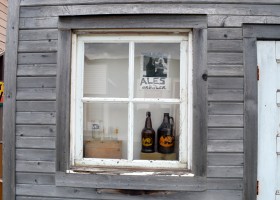 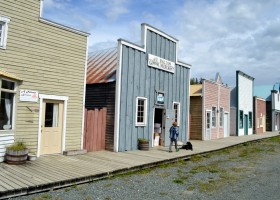 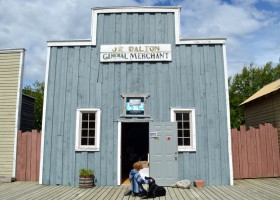 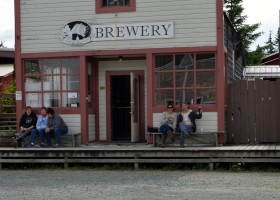 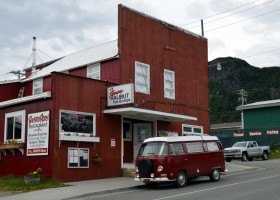 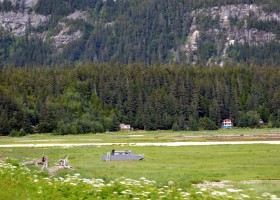 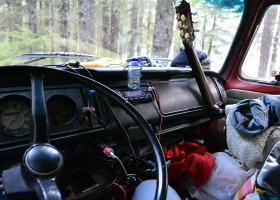 2 thoughts on “Up to Haines”