The irony of being featured in a product that we have no particular use for is not lost on us.

Still, we’re pleased to be featured in the annual GoWesty calendar again this year*. There are probably thousands of VW kooks who send in their photos each year and we’re honored to be among the top dozen kooks (2 years running!)  I think we landed in May this year.

We don’t get anything from the sale, but we know the GoWesty folks are good guys, so we wholeheartedly endorse it. And, it’s a bargain as far as calendars go.  If you want to gaze at VW buses on your office wall all year, go get one before they run out! 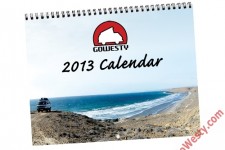 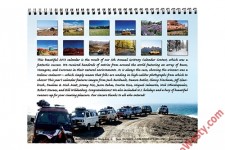 *oddly, the photo used for the 2013 calendar was originally posted here, where we indicated we were featured in the 2012 calendar! Coinkydink!

One thought on “What day is it?”