We’re only a week late. We’ve experienced a definite lack of reliable internet here in Brazil, but we’ll catch up eventually.

I can hardly remember the last couple of months when we were wondering where all the people were.  A month ago, the entire country of Uruguay was pretty much shut down, waiting for Christmas.

Now, summer’s here. We’ve found the people in Brazil, and they’re all hitting the coast.

After being turned away at 3 other campsites on the Porto Bela peninsula, we agreed to stay 1 night in a completely full site in Canto Grande. some places always have room for just one more. We met some folks who insisted this was the best place to ring in the new year, so we stayed. And, there kept being places to squeeze in just one more tent. Tons of families, lots of kids (knocking on our bus door!) and we were right on the beach. A good spot.

We celebrated Jason’s birthday with a boat trip around the bay. The other passengers quickly whipped out cutting boards and caipirinha fixings.

Entering Brazil, I had expected that Red Beard would blend in–they have tons of kombis here. Well, we’ve been surprised just how much attention he’s been getting. Seems the buses are all newer here. And, white. They don’t come in red, and they certainly don’t come with a camper top or blue plates. And the Brazilians have a certain comfort with just coming right up to the bus and staring at it. They always stare for a few minutes before chatting…

Anyway, we stick out. And, we can’t really talk to anyone in any depth. But that has merely slowed down, not stopped, the conversations.

Around 9pm on New Year’s eve, the beach started to fill up. Everyone brought their beach chairs and claimed a spot of sand. It was almost entirely families, though there was a group of guys who brought a cement mixer to serve caipirinhas (they weren’t too bad, actually). Every 100 meters or so, a group of folks was shooting off fireworks over the ocean. The displays rotate, giving everyone on the horseshoe bay a show. Around midnight, the rich folks who live on the hilltops on either end of the beach have their show. And, after some midnight smooching, everyone went hand in hand out to the the ocean and dramatically jumped over the waves 7 times for good luck. I can’t remember ever having a better start to the new year.

I think it was around 12:35 am on New Year’s Day when I turned to Jason and said I wanted to come back here for New Years again.

Here’s hoping that 2013 will continue to be amazing! 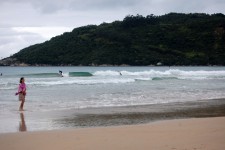 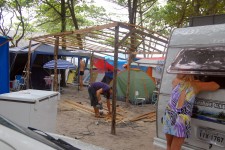 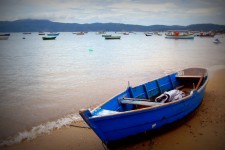 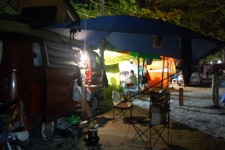 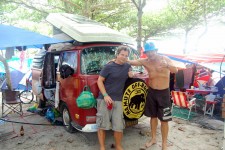 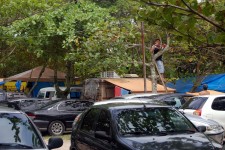 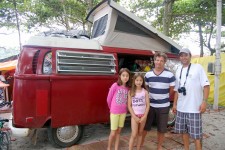 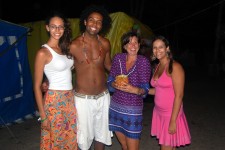 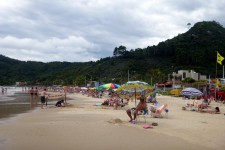 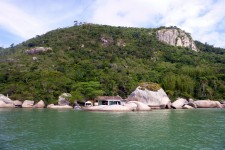 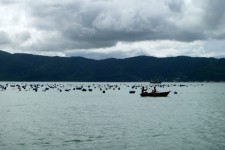 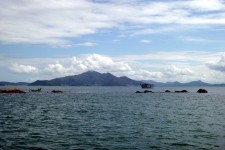 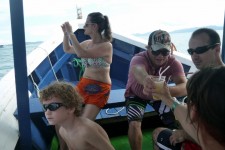 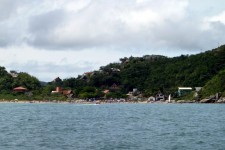 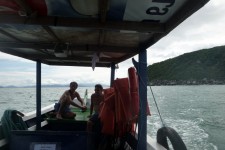 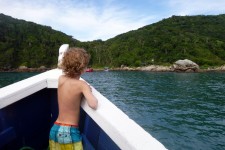 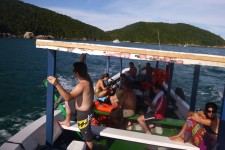 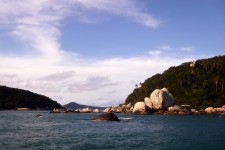 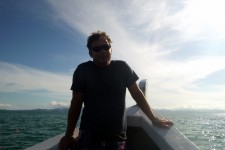 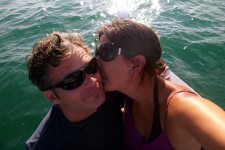 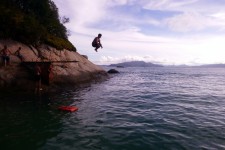 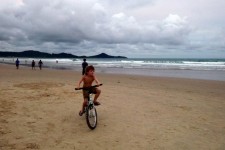 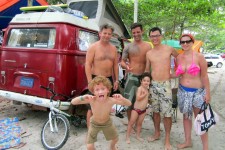