Right before we headed out of Alausí, a big brass band showed up and started blasting out tunes right in front of the train station. The train fired up it’s engine and we had to go back and see what was going on since we had just been denied our train ride.

It was all for a TV show.

We couldn’t figure out what exactly it was they were trying to film, but the band continued on playing the same refrain over and over and over. By the time we finally drove away, we couldn’t leave soon enough. 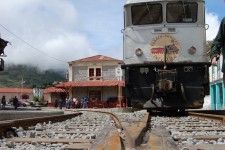 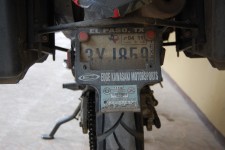 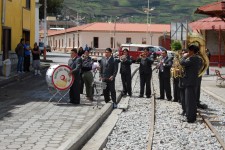 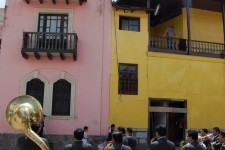 On the way out, we did happen to see a bike with Texas plates. He was outfitted with some sturdy panniers with elaborate locks, so he was definitely on a long trip as well. It wasn’t much further down the road that we saw a car with French plates. This route appears to be another funnel for over-landers. 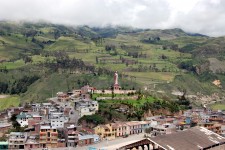 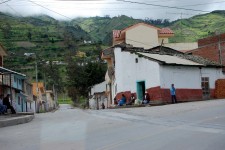 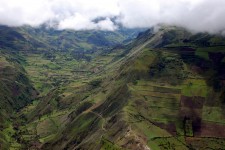 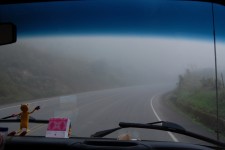 Not much notable on this driving day other than lots and lots of fog. Maybe they were clouds – we’re still pretty high up.

We did manage to run into some sort of protest in one of the towns where the highway was completely blocked off. This turned into a long delay, as we went searching for our own detour.

Oh, and we managed to overheat and boil the brakes once more before reaching Cuenca. Good times. 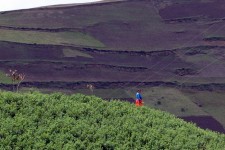 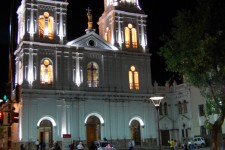 2 thoughts on “The road to Cuenca”