San Agustín is a pretty forgettable town, but the surrounding countryside is amazing. Waterfalls shoot out from the quebradas and the mountain sides are littered with 2000 year old stone carvings. 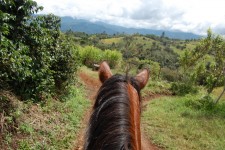 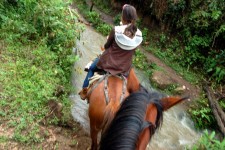 We met Pacho on the finca where we were camping and he had some horses. Of course, we wanted to go for a ride. For a mere $15 per horse, he brought them to the bus and we even had him as a guide for the day.

Bode and Angela rode Mancha and my mighty steed was Princessa. 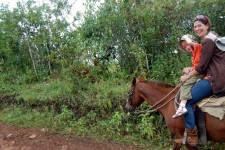 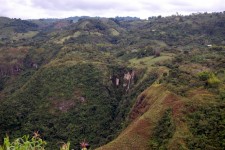 It wasn’t long into our ride that we all discovered that Bode is allergic to horses. Oops. Always prepared, Angela dosed out the allergy meds right away. It was a good thing – the kid never wanted to get off the horse the entire day. Nothing makes us happier than seeing him happy – and this was the ticket. 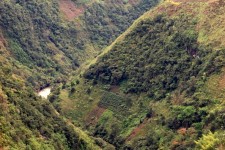 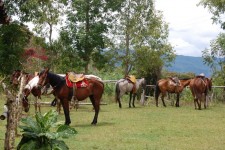 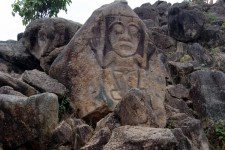 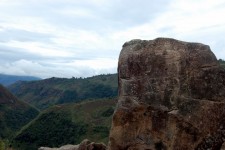 There is a nearby park (which we skipped) where various artifacts have been collected and assembled. Instead, we headed out to where everything is still right where it was discovered. Riding horses out to see the work where it was intended is a stellar way to spend the day. Absolutely recommended. Five stars. 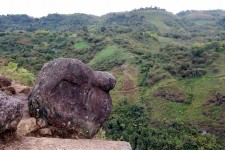 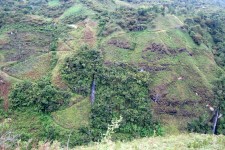 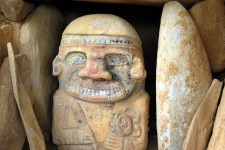 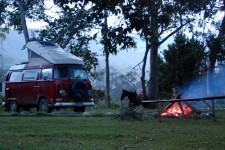