We pulled into Cahuita and found sleepy little town right on the edge of the National Park. You follow the main road into town and after that it sort of aimlessly meanders off in different directions and narrowly weaves between people’s houses and cabinas.

There’s a beach right in town, but you are better off crossing the footbridge at the southern edge of town into the National Park. Here, they appreciate a donation for admission and you can hike their trails to find your own little slice of beachfront for the day. 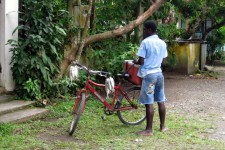 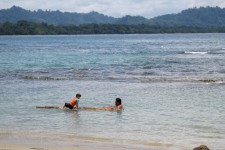 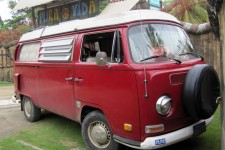 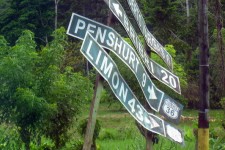 Angela was talking to the park ranger and mentioned off-hand that she hadn’t seen a sloth in Costa Rica yet. The ranger walked about 10 meters, looked up into a tree and pointed. There you go.

They like to sit curled up at the tree-tops for week-long stretches. From a distance they just look like a furry bird’s nest. They don’t really move around, so you really have to be deliberately looking for them.  Apparently, they only come down for their weekly poop at the base of the tree. 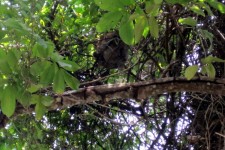 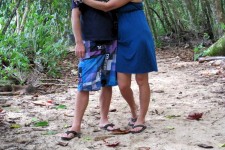 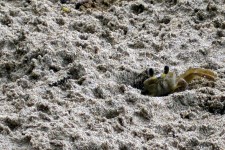 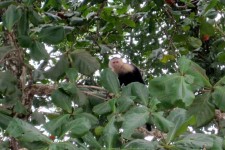 We hiked into the park and put Bode in charge of the day’s photos. He though it would be a really good joke to cut our heads off in all of them, but we were on to him… eventually.

Not far down the trail, we spotted (heard) howler monkeys and we looked up to find they were all around us. We’ve been around monkeys for so long it almost feels normal to have them in the trees above us.

We plopped down in a shady spot in the sand and commenced our day at the beach. Now, white faced monkeys appeared directly above us and started dropping their fruit peelings on us. 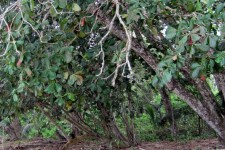 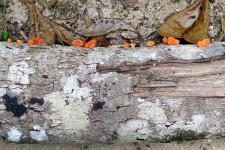 A good hike. A beautiful beach. An animal show. 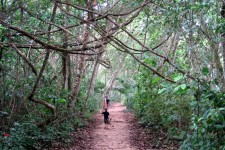 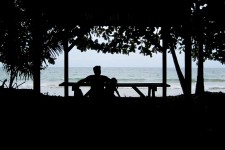 This isn’t quite paradise, but I think we’re getting close.

One thought on “Cahuita National Park”