After Cahuita, we went the 10 or so miles down the road to Puerto Viejo. This town is a real tourist draw, but the precise reason why escapes me. There is plenty of infrastructure in place, with restaurants,  hotels, grocery stores, etc,  but the beach out front lacks appeal. Many of the people we talked to were dropped here ‘for free’ after some other tour in Costa Rica. It is definitely on the backpacker circuit and seems to be Party Central on the Caribbean side of the country. 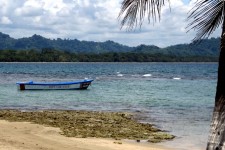 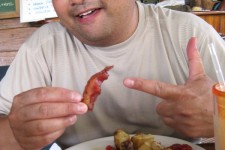 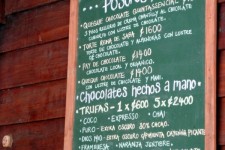 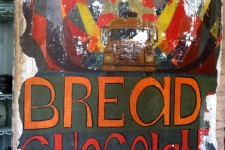 Only Bode was up for an all-night party, so we started creeping out of town until we found the Jaguar Rescue Center. Despite it’s name (there are no jaguars,) it’s actually a really great stop if you are interested in getting up close and personal with some local animals.

All the animals here get brought in after being confiscated pets, found injured, illegally sold, etc. They take care of everyone until they are able to be released back into the jungle. In some cases, they can’t be released, which also makes this a bit of a personal zoo for the owner. 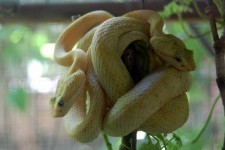 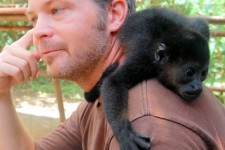 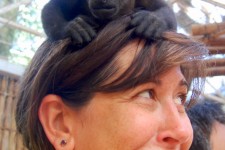 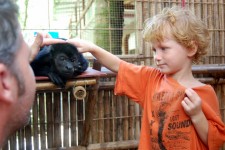 Of course, we went for the monkeys. The tour starts by walking right into the monkey pen. They have 10 or so howlers of various ages – all of whom are eager to jump right on your head. There is no prodding or training here. The monkey do whatever they want, but it mostly involves using the visitors as climbing structures. Heads make good chairs. 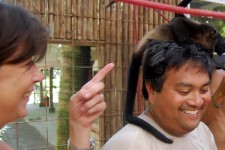 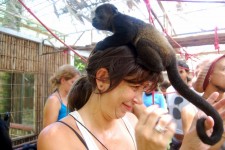 There were a few rambunctious tenants, so the guide told us that if we needed to, we should pick them up by their tails. Bode was clearly listening, because right then he leaned over and picked up an unsuspecting monkey by it’s tail. He must have needed to do it.

The tails are pure muscle and more like a long finger. Pretty cool.

Every afternoon, they open the pen and take all of them out to the jungle to frolic. If they find another group and want to leave, they are free to go. So far, two of them have found a mate (for some reason they are all females.) 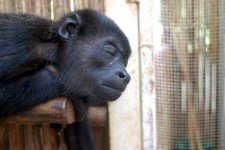 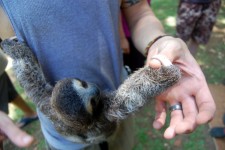 Next were the sloths. They have two of them and the same rules apply. They take them our every afternoon and hang them on a tree and see if they will go anywhere.  They have a two-toe and a three-toe sloth sloth here and they are pretty interesting to see close-up.

Last were an endless line of snakes and one jungle cat – the name escapes me, but not a jaguar – a small one that was actually being sold along with a box of kittens (or so the story goes.) 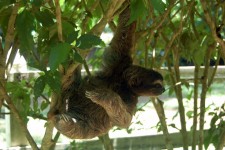 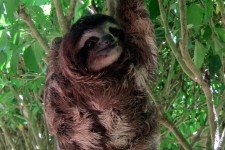 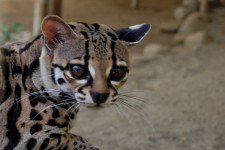 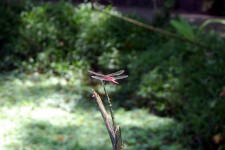