We were a bit of a wreck after our night in the hut, so we thought we would throw our stuff into the car and just move down the beach to a more comfortable spot. We looked, and well, we couldn’t really find one. Not thinking we were going farther than the end of the street, we ended up setting out on a 4 hour drive to Lago Apoyo.

Once we got past Leon, the road sucked. We came up on kids (4 sets of them, actually) holding a rope across the road trying to stop us for money. I didn’t stop. They dropped the rope.

It’s hard to believe that this is the main artery connecting Leon and the capital of Managua. It’s absolutely terrible. If the 5 year old kids trying to extract a toll are the maintenance crew, then that explains it.

Eventually, the road improved and we found our cut-off that would allow us to avoid Managua all together. 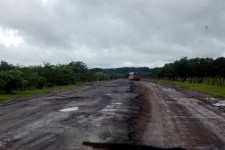 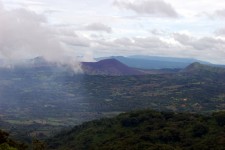 We stopped for gas and met a guy who said he’s driven from California to Nicaragua 10 times. The first time was in 1955. His advice was to only drive on major highways. Hmmmm…

We went south and found our next cut-off through the mountains towards Volcan Masaya.  Definitely not a major highway, but a really pleasant country road across a mountain ridge. We can see Masaya smoking in the distance and we’re all alone in the mountains again. Things are looking up. 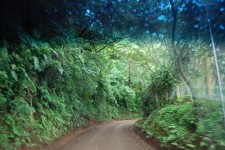 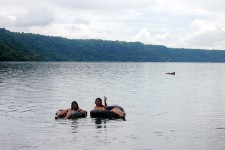 A few hours later, and after much getting lost (Angela actually walked into someone’s house and asked if it was The Monkey Hut,) we finally found our place on the lake.  We also decided that if anyone ever walks into our house in the future and asks for The Monkey Hut, we’ll say that they found it. They can stay as long as they like. 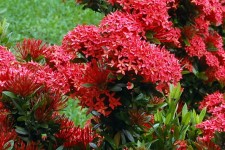 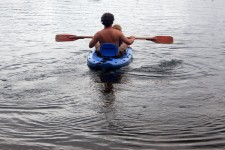 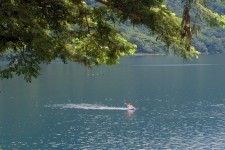 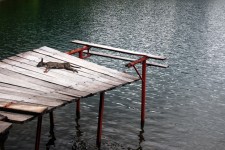 We like it here. The lake temperature is perfect. The rain doesn’t matter at all. Bode is kayaking like a champ, playing with cats and dogs, and chasing butterflies. Scrabble, Candy Land, cards – all the usual lakeside games. It feels pretty darn good. 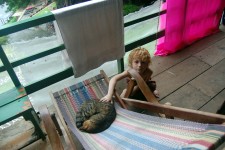 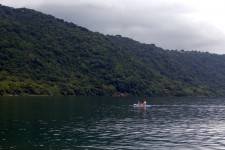