We’ve really been putting some hours on the bus lately. It’s good. The scenery is beautiful and the weather has actually been fairly cool. Overcast is good for a driving day in the tropics. 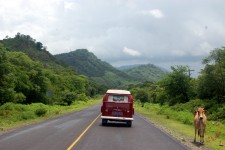 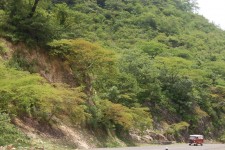 As we get closer to León, the clouds open up and it starts dumping. We generally avoid driving in any unfavorable conditions, but we really didn’t have anywhere else to go but to León. We went even slower than normal. 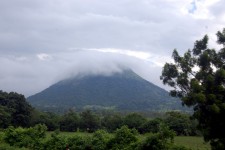 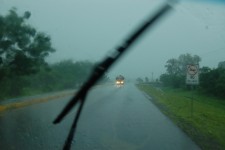 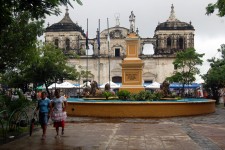 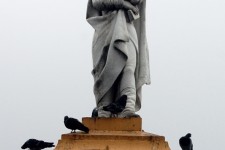 We’ve decided we are a little burned out on colonial cities. Maybe in a rut. It’s all interesting and nice to look at, but they all start to look the same after a while. We need to rest, or take a break, or do something a little different. Maybe the beach at Las Peñitas will cure it. 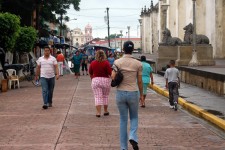 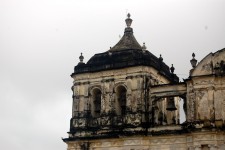 First, we have to get pulled over and go through the rigmarole yet again. I think these guys were just looking to catch someone without insurance, but they did ask for triangles and a fire extinguisher too. Some folks down the road wanted to know how much money they asked for. None. 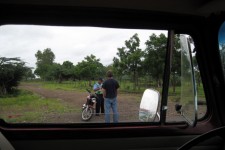 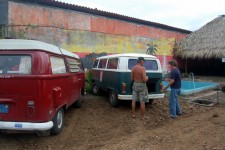 We met Cookie in León and she invited us down to her place on the beach. We could camp there. The trouble was that the dirt parking lot was about to turn to serious mud. Also, her husband started telling us about a few thefts at that very location. Also, there was a church group there for the weekend with lots of squealing teenage girls. Also, at that moment, they started blaring the Grease soundtrack. The last straw. 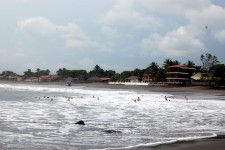 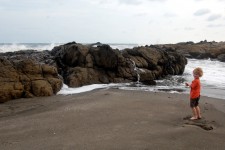 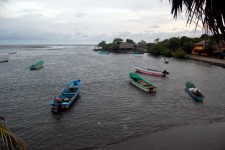 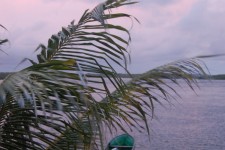 We took showers in the rain and then huddled under our mosquito nets for a hot and humid mostly sleepless night.

Our plan to relax and recharge at the beach wasn’t going to happen here. 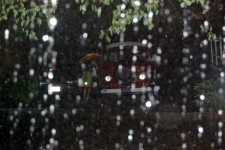 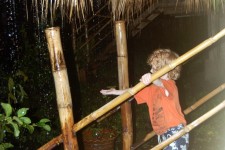