We made it to Granada and it was a dreary day. Bode had been eager to learn chess, so it was time to play. It took me a while to remember all the rules (and what to call the Rook) but eventually I was able to explain it. He picked it up immediately. I was really impressed. Actually, I am really impressed. Look out Kaspárov. 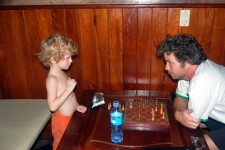 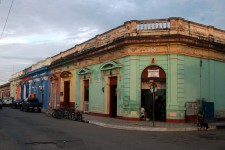 Then the rains came and the electricity went out. We decided to walk around town and look for something to do. The slot-machine houses all have generators, so people are inside gambling without interruption. Everywhere else in town was dark. But, you don’t need electricity for a haircut. 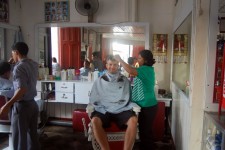 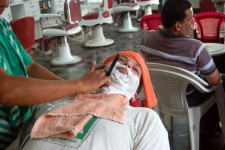 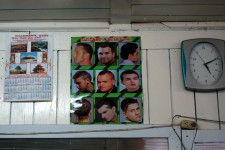 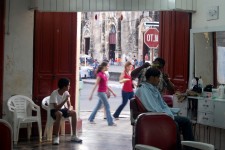 I was first. For 100 Cordobas (less than $5 US) you can get an honest cut and shave – a close one. I’ve never had my hair cut so fast – it was like Edward Scissorhands. Hair was literally flying. The shave took a good long time, though. It was actually enjoyable. I’ll do this again. 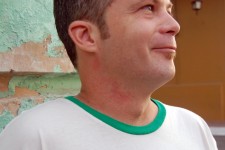 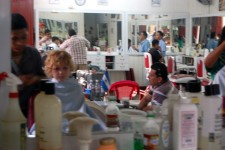 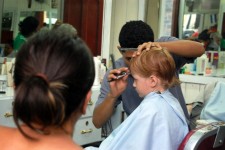 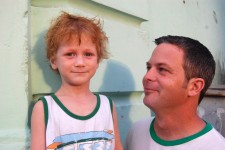 Bode was actually eager to go next. He did great – and even got some straight razor action himself… AND aftershave! We should have done this a long time ago… we feel better already.