The next day we wandered around  the town above the lake. Laundry, internet and a few awesome roadside gorditas. I believe this town is the Mayberry of Mexico. 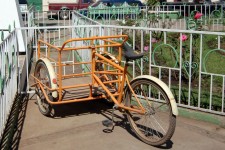 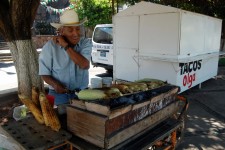 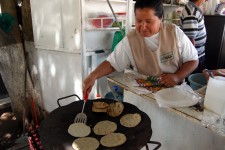 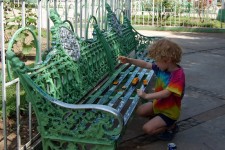 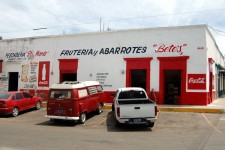 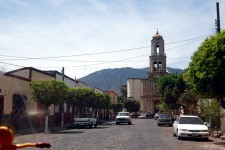 On the road again, we decided it was time for more volcanoes. We headed for Volcan Ceboruco, just outside of the town of Jala. Amazingly, there are 20 miles of cobblestone road that lead up to the top of the mountain and down into the fuming crater. Can you image working on a 20 mile cobblestone road to the top of a volcano? After a few wrong turns (not many sings out here) and miles and miles of agave fields, we finally made it to the top. 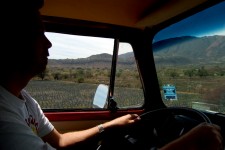 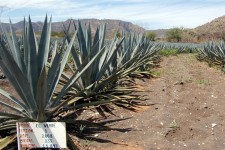 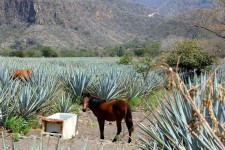 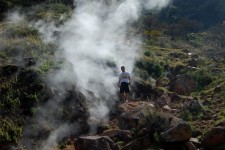 We didn’t see a single person the entire trip and the drive was really nice. After climbing 6000 ft, we descending into the cinder cone and checked out the steam vents. The inside of the cinder cone is more like a meadow and you can drive all over. Its pretty, quiet and much cooler than the valley far below.

Since it was just us and the crickets, we thought about boondocking right here for the evening but realized we drove all the way up with very few supplies. Next time. Back down the cobblestone. We saw about 20 of these long-nosed, ring-tailed creatures cross the path in front of us, but we didn’t know what they were. After a bit of research, we think they are coati. 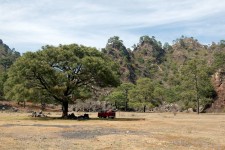 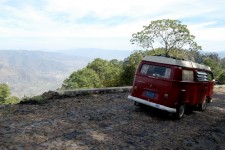 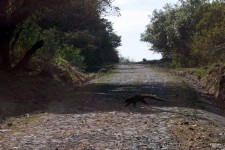 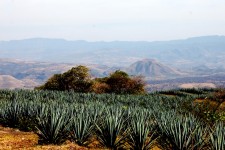 Onward we went, realizing later that we passed another time zone and considered a camping spot that was listed as “near” Magdalena. Nice town, where riding horseback was as common as driving a car. Unfortunately, the campsite was another hour in the wrong direction, so we opted to get a hotel at our real destination just 20 miles away. After a very long day in Red Beard, we celebrated dinner in Tequila! 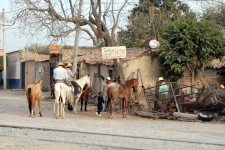 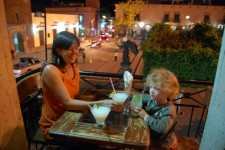 Also, we’ve been asked to write a summary of our trip so far for a Spanish language magazine. We’ve written it and can translate it via Google translate, but would appreciate if a native Spanish speaker out there could edit it for us. Just let us know…

Also, the Guayabitos show for VolksBrothers TV aired over the weekend on Sky TV all over Mexico. Our interview is somewhere in there. It’s not too bad. Do I really sound like that?