After a few days of lounging, playing football, soccer and rugby (thanks high school rugby team on a surf trip!) on the beach we decided to go. I was hoping we would never have to leave this campsite, but there is so much more of Canada we’d like to see before the cold drives us south. So, after two nights in Tofino, we headed east across the island to take the ferry to the city of Vancouver.  Tofino is really out of the way – in a good way.  I think the Volkswagen bus ratio may rival Portland, but I’ve heard it’s only right in Tofino. We’ll see. 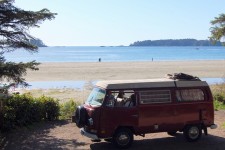 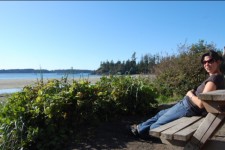 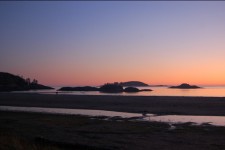 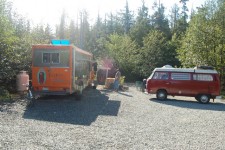 But first, a stop at the Ucluelet mini-aquarium. All the sea creatures were caught within 3 kilometers of the building. It’s a non-profit aquarium with plenty of touch tanks and cool things to look at.

Here’s the really unique part: at the end of the season they release everything back into the ocean. What an amazing concept.

On October 18th they will host a release party and all these little guys go back to sea with the public’s help. Bring your rubber boots and a bucket. Wish we could be there. 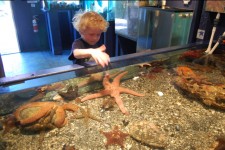 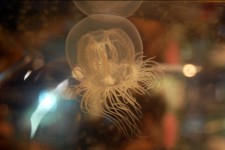 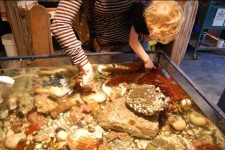 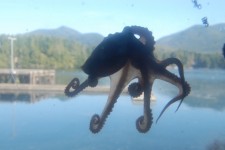 3 thoughts on “Getting Ucluelet”