The ferry from Nanaimo to the mainland was yet another nice and scenic ride. They even have a playground and pretty decent food onboard as well. Instead of heading straight to Vancouver, we made arrangements to Couchsurf in Squamish.  Squamish is one of those ‘undiscovered’ towns that majors in outdoor recreation: climbing, mountain biking, rafting, hiking, fishing, etc. A town that’s obviously undergoing some growing pains, as it’s half-way to Whistler and the recent Sea-to-Sky highway improvements for the Olympics make it a thrilling hour commute to Vancouver (think CA Hwy 1.) The sunsets around here have been amazing – but don’t take your eyes off the road. 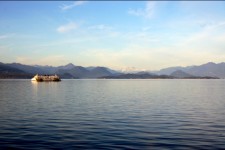 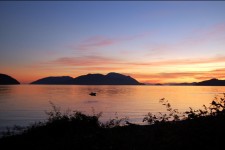 We pulled into Kiva’s place and he was a very welcoming and interesting guy. Hosting fellow travelers seems to be a serious interest, as there were two other folks there and one more arriving in the morning. One British chap was riding his bike around the world. He was 18 months into his trip and he was nearly finished – just a brisk bike ride across North America remaining.  His favorite routes were through Kazakhstan and Laos.  According to him, Vietnam was ‘too touristy.’

The other guest was making her way to California. She coincidentally worked for a bike touring company and was headed down for a reunion of sorts. The German guy that arrived in the morning was headed to Chile next. Nice folks – the world is full of them.

After crashing at Kivas, we checked out Squamish briefly and then headed for Vancouver proper.

We decided to stay downtown and proceeded to check out the sights and diverse dining.  Japadog was delicious.  A hot dog with seaweed tastes way better than it sounds. The first bite just tastes like bratwurst, the second like an Alaskan Roll (must be the Japanese mayo), the rest like a weird mix of the two that’s oddly delicious. 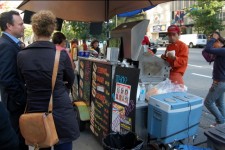 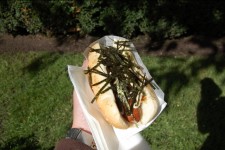 Exercising your taste buds is one of the main things to enjoy in Vancouver. Random Indian food – worked well for us.  Sushi a few blocks away – yum! Italian – just as good as anywhere. Dim sum… yes indeed – if only we can find you everywhere else in the world. Poutine? Tastes way better than it looks.

It wasn’t all about eating.  Bode loved the Science museum. He liked riding the water taxi over to Granville Island, but the market, brewery, and ‘kids only’ thing was otherwise pretty forgettable. Stanley Park was nice, but it was cold and there were no other kids around. We had been moving around a bit recently, so we planned on being here a few days so everyone could have some down-time and lounge around. We’re not going to see it all, so we may as well relax and save some stuff for next time. 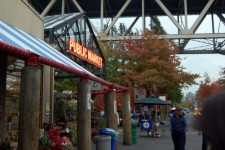 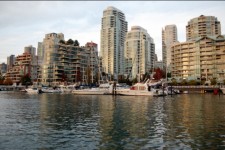 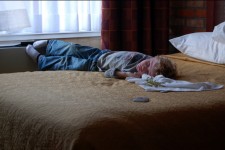 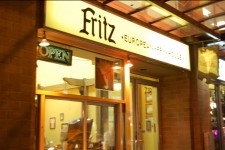 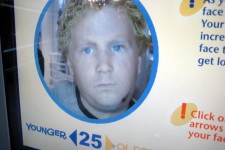 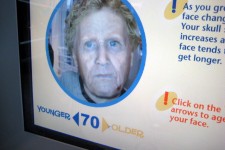 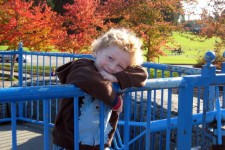 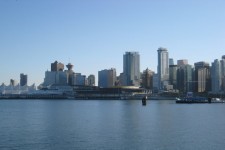