We woke up and decided to head to Salt Springs Island, but then almost immediately turned around and went to Tofino – four hours across the island. It was a good time to go, as the weather was perfect.

The drive was long and winding, but we managed to find a few diversions along the way.  Kennedy Lake is huge and looked spectacular but there doesn’t appear to be any way to get to it by car.  Totally Pristine.  We did manage to find a few places to pull over and scramble over boulders and explore some rivers.  Bode decided it was time to graduate to the DSLR – those point and shoots are for kids.  As long as Jason and I can now have proof that we are sometimes in the same place at the same time. 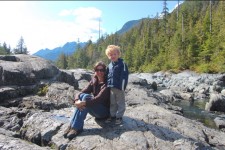 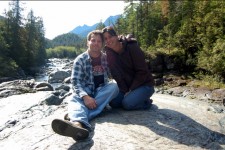 Closer to our destination, we pulled over at Long Beach and found a great spot with tons and tons of… surfers? The waves were perfectly formed – it all makes sense now.

Bode immediately found a 6 year old friend who had been boogie-boarding that morning. His dad said the water was about 8° C, and they lasted only 20 minutes with a 4 mm wetsuit.  I didn’t need to bother converting that – I wasn’t going in. Everyone had serious wetsuits, but several had dry-suits.  Under their dry suits?  Wet suits.  I wasn’t surfing.  The waves looked so perfect that Jason talked a bit like he might go tomorrow, but I know better. 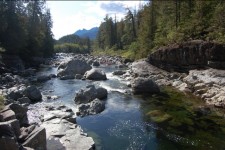 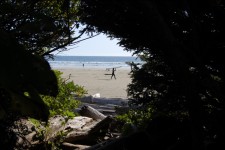 And I thought it was too cold to surf in SF. These people are hard-core. I heard that the swells on to the north are the largest in the world, and that there are pro surfers coming later this month for a major competition – the first ever “Cold Water Classic.”

We got into Tofino late in the afternoon and checked it out. Well, mostly we checked out the playground in the center of town (great zip-line!) It is a really cool little surfer town. Except for the frigid water and chilly evenings, it kind of feels like Mexico.  On the way into town, there are surfboards tied to trees with signs that say something like “Bob’s surf shack” and an arrow pointing down a dirt road.  We even managed to find a taco truck. The town consists of a few restaurants and stores, 10 tour companies, 10 surf shops and 3 glass blowers (required in these kinds of towns for some reason.) 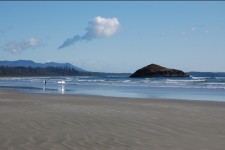 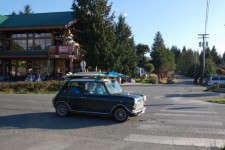 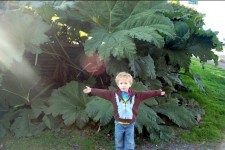 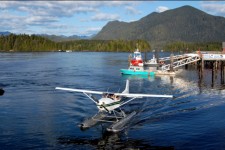 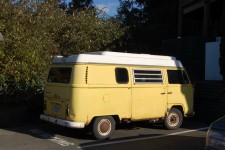 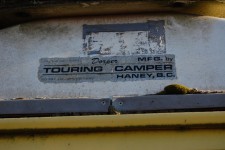 Our campsite was incredible. Right on the beach. Weather- we’re totally lucking out, it was still perfect and supposed to stay that way for the rest of the week.  The Germans at the site next to us passed over some cooked oysters and I even tried one (are you proud, Mom?). Not too bad actually, but I still wouldn’t order them at a restaurant.

Bode and I left Jason to make camp and dinner while we goofed off for a couple hours on the beach. Bode was down to his last pair of dry pants (too many beach stops this afternoon) so was wearing his skivvies. He does usually wear them. The temperature is dropping with the sun and  he is still running around in the surf and petting every dog that comes by. The sunset was amazing. Once the sun went down, the nights got pretty chilly. I’m not a great cold weather camper.

Campsite game time came and it was Bode’s turn at our new favorite game – Name That Tune. What does he hum? The Kinks‘ “You Really Got Me”.  I can be with that kid all day every day and he still surprises me.  Later he asks… “Do The Kinks have other rockin’ songs?”  Yes.  Yes they do.

So with all this great weather and scenery, we planned on staying awhile. 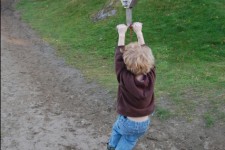 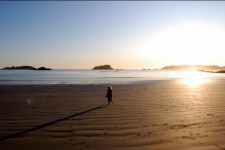 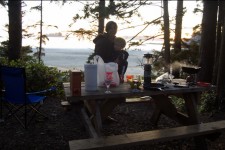 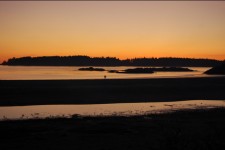