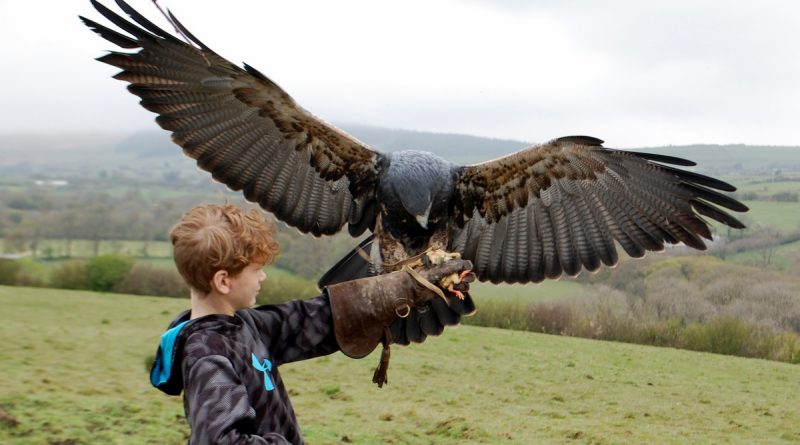 Bode’s big birthday surprise was a day flying all sorts of birds of prey. We did a bit of research and found a small, family-run falconry in West Wales.

The West Wales Falconry is run by a father-son team that decided to turn their love of falconry into an enterprise. Some are rescued, others are retired from show business, some were purchased as babies to train. These birds are all well-loved and taken care of, and fed meals day-old male chicks from an egg factory (where they aren’t needed).

We walked around the aviary and were introduced to all the birds. Before each flight, the birds were weighed so we knew how many chicks they should eat during their flight. Every day, these guys track the birds’ weights and flights and adjust their diets based on that, as well as temperature and season.

We’d walk out to a neighboring field with a bird and start to walk around. Most of the birds are food-driven and ‘lazy’, so they’d go between the nearest post and our gloved hand.

I will admit, having a chick head placed on your gloved hand is a bit disconcerting, but soon a bird of prey is swooping towards you and you forget about that. 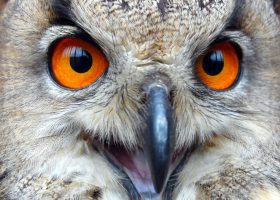 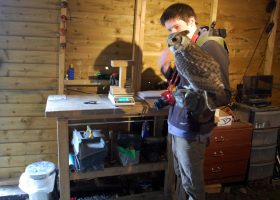 The small African scops owl can’t fly very far, and isn’t motivated enough to go long distances. This particular owl, Bilbo, even landed on my head so that he didn’t have to make it all the way to the next post.

The Harris hawk, which was raised in the owner’s bedroom right after hatching, will fly to you across the field without expecting food every time. The owners have a ‘team’ of these hawks and use them for pest control in the winter. They are hired by dairy farms to keep the starlings from Russia away from the cow’s food. The farm they work loses $1500 a day in food from these birds, so the Harris hawks are hired to scare them away. 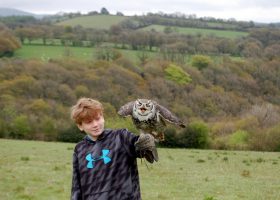 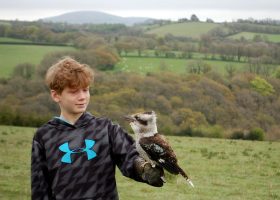 Most birds landed claws first and snatched food from your glove, but the Australian kookaburra was head and bill heavy and grabbed the food first and then landed. We weren’t expecting to see an Australian sea bird, but this one had retired from a amusement park and now gets to fly free in Wales.

The largest bird, a blue eagle was only 2.5 kilos, but it was huge and pretty overwhelming when it landed on you.

It was an incredible experience, and Bode loved it. He’s talking about getting a hawk now, which might be difficult for us. Maybe we can convince him to go to another falconry soon instead. 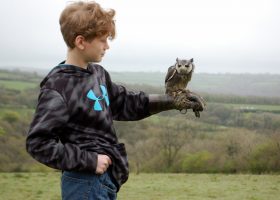 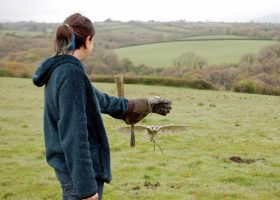 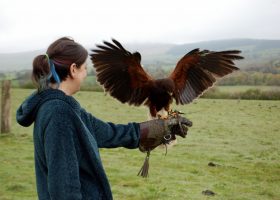 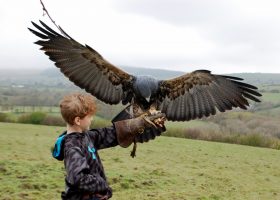 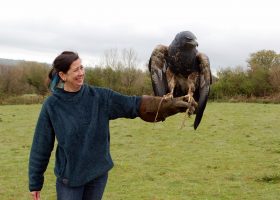 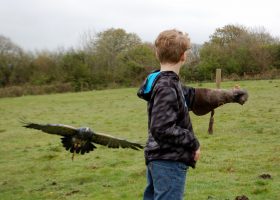 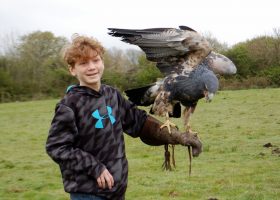 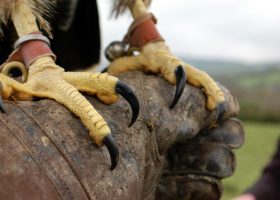 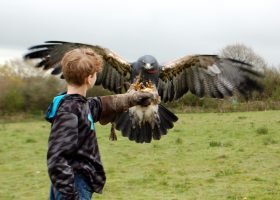 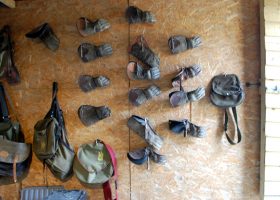 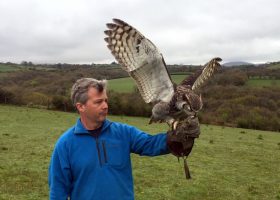