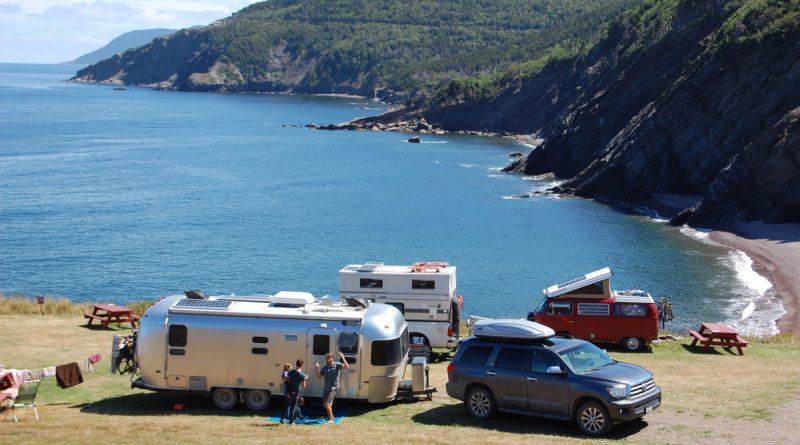 Several people had recommended this campsite to us, but Dave got here first and posted a photo on Instagram that led us to skip most of the sites on the East side of Cape Breton and head straight for Meat Cove.

Somehow, Bode convinced her parents to let Ava ride with us, so after a couple of stops we drove the hour up to the northern most point of the island. What a view! We got a campsite right in front of Dave and Ann’s Airstream. 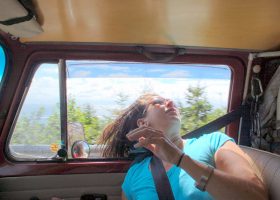 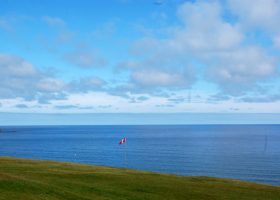 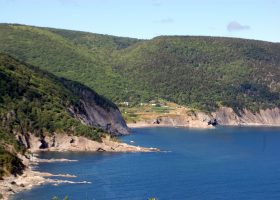 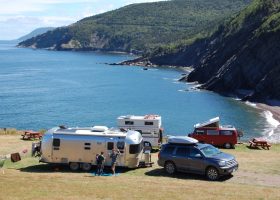 It was a beautiful day, so we treated ourselves to mussels, chowder, a beer and a view at the snack shack. Then, we headed down to the beach for some cliff climbing, rock stacking and lingering.

That night, a storm hit us and there was simultaneous thunder and lightning for over an hour. Rain was coming in through the pop top, and we discovered a few more leaks in the main bus. The storm lasted a few hours, so we didn’t get much sleep – but we fared much better than the folks below in tents. 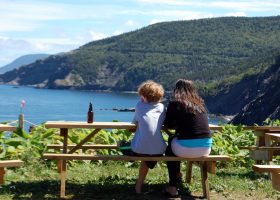 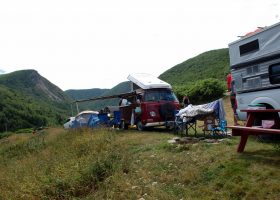 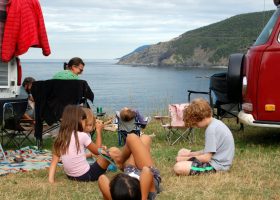 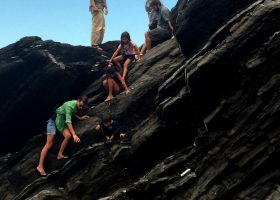 The Mali Mish gang had ferry reservations so they had to leave the next morning, but we decided to stay another night. And, once afternoon hit the weather cleared as well. We spent most of the day hanging with Dave, Ann and the kids. Bode was a sport, playing with Wynne’s My Little Pony’s and watching movies with her.

Jason was able to work on a few of the leaks and we dried out our bedding. Our friends made us black bean tacos for dinner, with banana bread for desert. Bode couldn’t eat the dessert, so he decided to make pie. We pulled out the oven and he started slicing up our leftover fruit- apples and plums. It was good stuff! 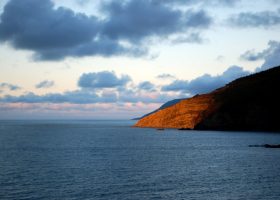 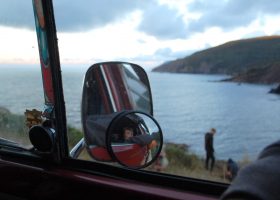 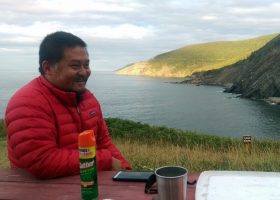 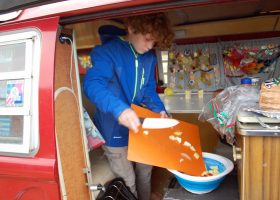