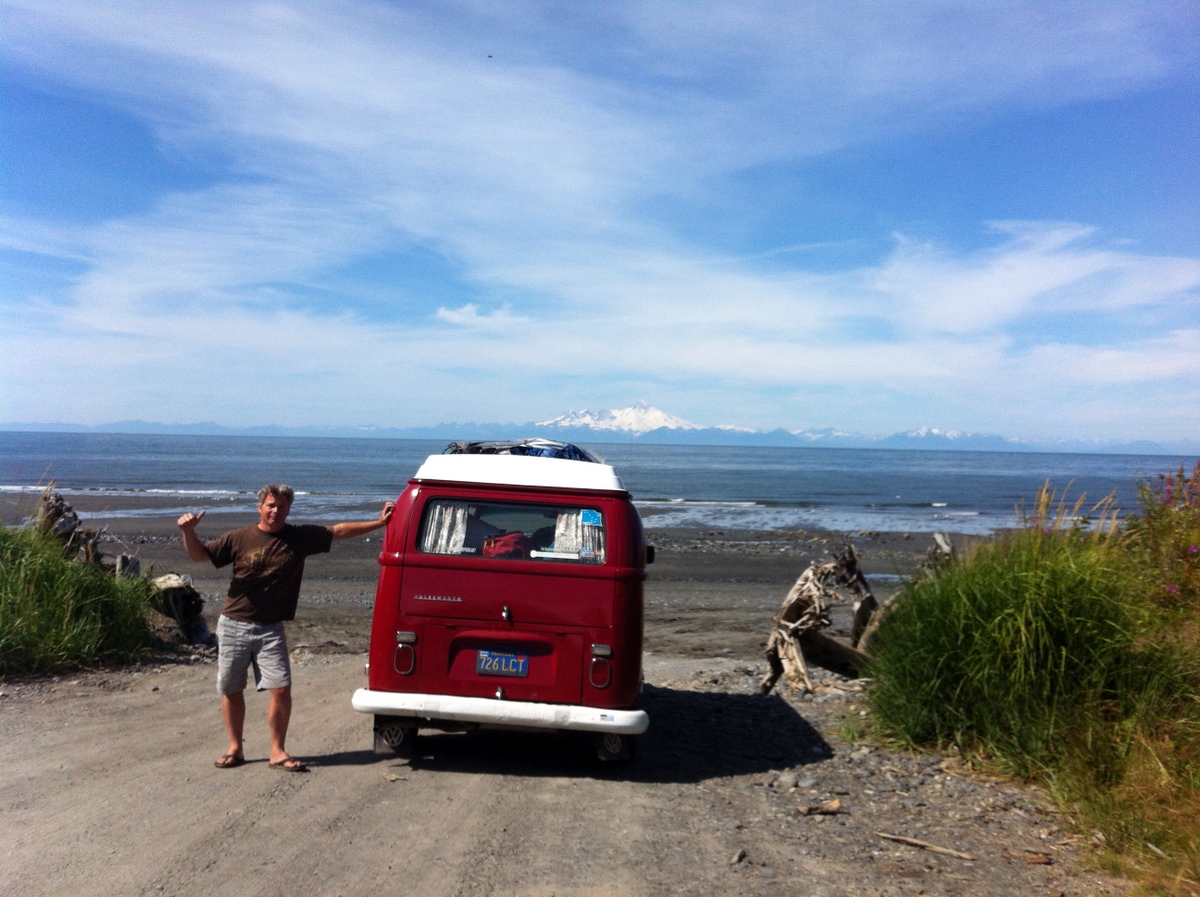 We took a short detour on our way north on the Kenai Peninsula to Anchor Point This is the westernmost road in the Americas, so naturally we had to hit it. This competes the driving compass of the Americas: 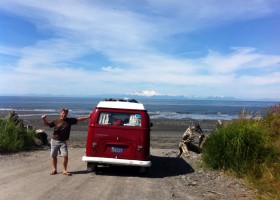 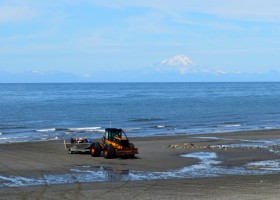 Tractors pull the fishing boats in and out of the water for $50 here. There’s also naturally occurring coal that washes up on the beach each day. Locals will come by and fill up the back of their pickup truck – free heat for the winter. 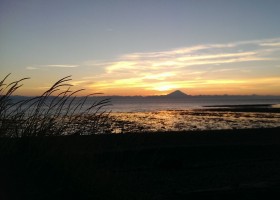 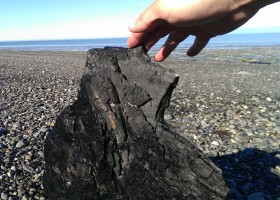 We stopped back in Ninilchik to meet up again with the AdvoDNA gang. Salmonfest, a 3-day music festival was happening. Every person we’ve met in Alaska had said they were going. We didn’t have tickets, but it was the last night so I thought I’d go and see if I could find a ticket.

I rode the bus with Dave, Ann and their girls up to the county fairgrounds. Well, even catching the last 2 acts would have cost me $75. Emmylou Harris is pretty much a badass, but I’ve seen her before and couldn’t justify that price. I walked around a bit, hoping to find someone leaving, but it was a wristband system and we didn’t have the technology for the transfer–plus, I’m kind of a wimp about things like this in my old age. So, I headed back to the shuttle bus stop.

I met an older gentleman standing by his car smoking a cigarette near the shuttle stop and we started talking. He finished his cigarette. grabbed a water bottle and said, ‘Come on, I’ll get you in”. I figured he was working there, or knew someone so I cautiously followed him to the entrance.

The wristband checker was more concerned with our water bottles. Mine was empty, so I turned to toss it in the trash. His was apparently full of alcohol, so she showed him where to stash it for later and turned to question a couple coming in on her other side. My escort waved me on and I ran in. Totally nervous the entire night.

I found my friends and got to hear a couple great bands and most of the final show before all of us, but especially the kids, were ready to call it a night.

The next day we had to high-tail it up the peninsula to pick up a friend at the Anchorage airport. We camped just south of Anchorage, and spent the evening trying to make room for a fourth passenger. 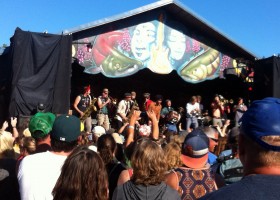 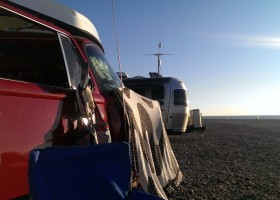 One thought on “Anchor Point”