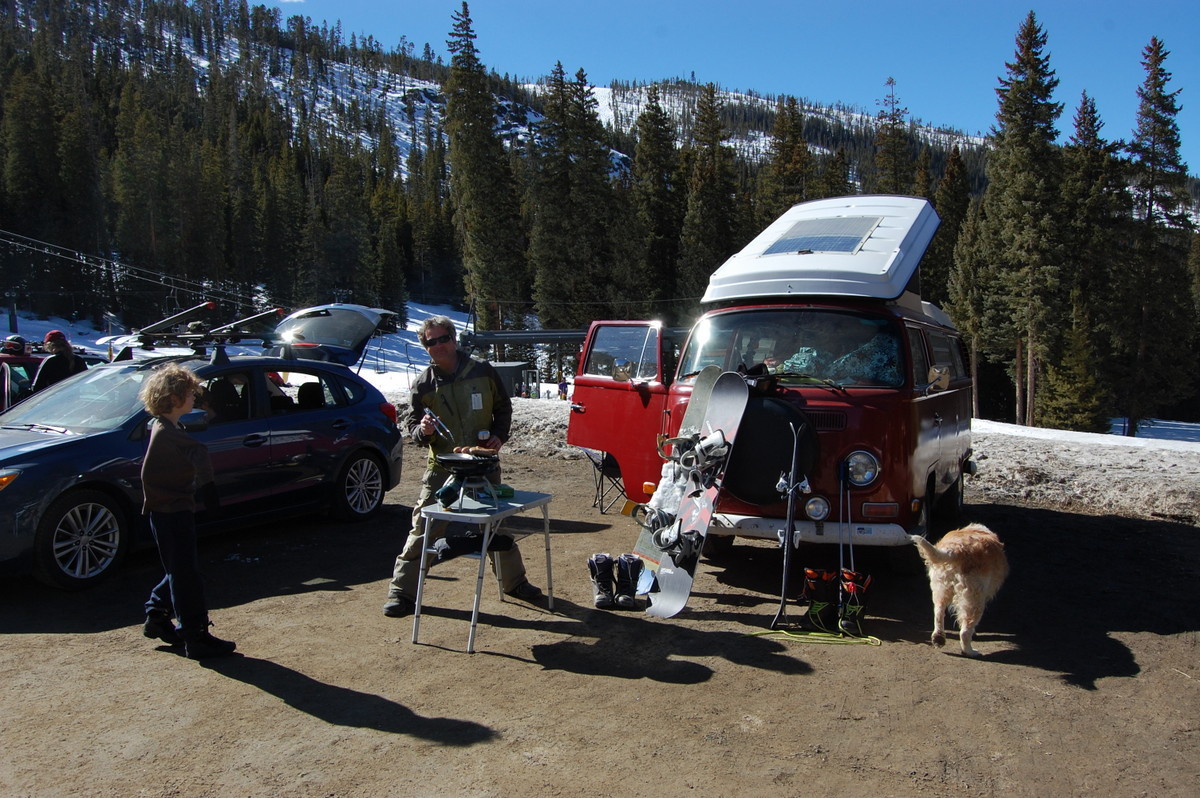 If you want to park right next to the ski lift and hang like a real ski bum, the The C Lot at Mary Jane* is the place. We camped because… you know.

People started showing up at about 6 AM. The lifts don’t start turning until 8:30. 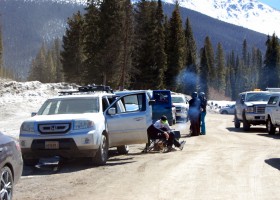 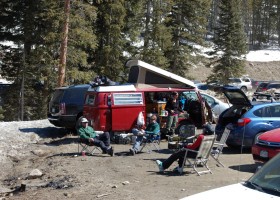 The early birds are mostly from the Front Range – the other side of the Continental Divide. I guess they get here early to beat the traffic, claim a spot up front, or start an early buzz. Despite all the early action, we didn’t roll out of bed until 9:30. The parking lot was full and the grills were already fired up.  It’s springtime and it’s warm. Conditions on the hill are pretty poor, but the conditions in the parking lot are excellent. 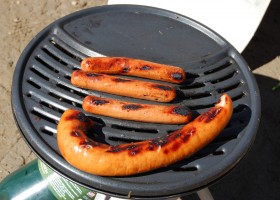 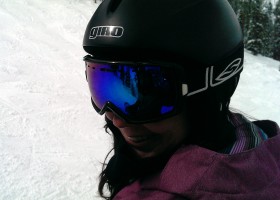 The entire day was spent out in the sunshine meeting lots of cool people, giving bus tours and even a little bit of snowboarding.

The true local pro bums don’t show up until the afternoon – when there’s leftover food on the grills and plenty of open coolers. It’s a very cool vibe – super laid back and friendly. Everybody seems to know everybody – the C Lot Gang. Ski bums are good people. 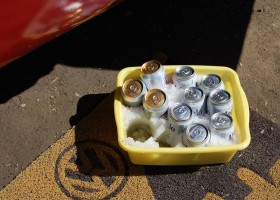 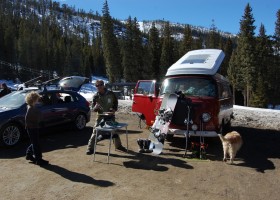 * the other “Mary Jane” is completely legal in Colorado, but this mountain is actually named after a notorious prostitute.