We’ve been ridiculously busy trying to get ready to drive north. We hope to be on the road by the end of this week.

So, lot’s of little projects to wrap up and others that we might have to postpone. As Angela says, “now you can’t just pick the one you want to work on.” No help there… 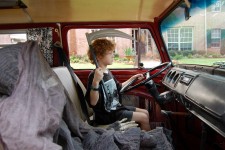 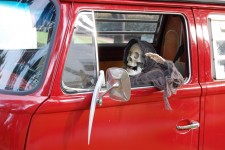 The good news is that the bus is rolling and on the road. The bad news is that I’ve hardly had time for the mechanical and electric stuff. That’s this week. 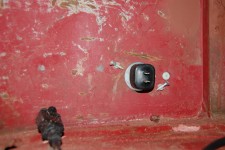 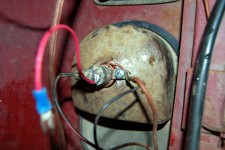 Is it just me, or do none of the reproduction rear side markers fit properly?

I’ve had 4 – and all 4 require wedging a screw into the back plastic thingy to force it stay put.

Also, nearly all of the spade lugs on my rear taillights have broken off over the years and I’ve just soldered the wires directly to the nub. It works. 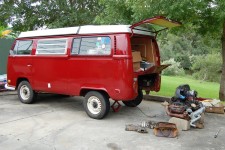 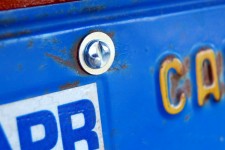 When I parked it, it had no leaks. I drove it 5 miles from my brother’s shop to my dad’s place and it’s now leaking oil.

My brother’s garage is like the Twilight Zone (still no takers on the carbs). So, I pulled the engine and had to change the oil cooler seals. I probably should have waited to install the new alternator (thanks again, Mark!) 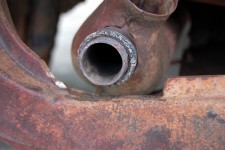 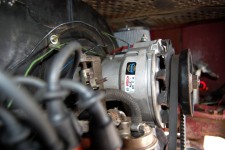 One of those things on many overlander’s fear lists is corrupt cops swiping your license plate until paying a bribe.

It never happened to us (and I’ve never heard of it actually happening), but now I finally got around to finding some of those anti-theft screws and putting them on. Now, our license plate and a men’s room stall have something in common.

New muffler. Stock German. First time I’ve had one. I’m embarrassed to admit, I had to look up a photo online to figure out how the tailpipe went on. I guess I got it right. But, I had to pull out the grinder and knock down part of the engine mount so there was clearance to clamp it one the heater boxes. Both sides. This was always an issue with other mufflers too – maybe my heater boxes hang too low?