My brother invited us on a camping trip. In August. In Texas. In a cow pasture. In a tent. With guns. Sound crazy?

They can’t all be Patagonia in a VW bus, right?

We’re back in Texas to hang out with family and friends, so that’s what we’re doing. Besides, a few days at Schlitterbahn were thrown in to cool off. 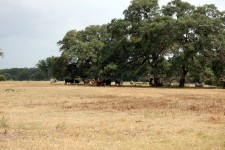 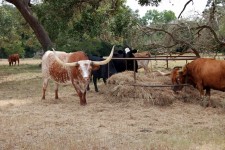 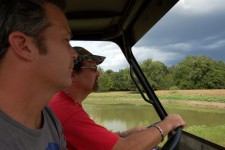 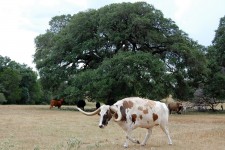 I’m not a gun guy (or even close), but Bode is REALLY interested. You can blame the glorification of war and violence in movies and video games (and governments) or whatever, but it doesn’t really matter. He’s 8 and wants to shoot a real gun. So, here’s his opportunity. I figure my role as parent is to give him the chance to experience and learn about as many things as possible… and make sure he survives it.

There was an abundance of supervision, so the surviving part worked out well. First, Bode’s Uncle Mike and his buddy Dale taught him how everything worked and were thorough about safety. This went on for a few days and he got a BB gun to practice with. If he was going to lose interest, this was the time. Saturday was to be the big day. 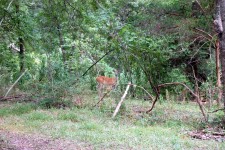 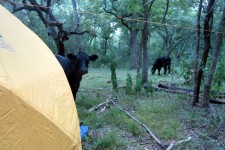 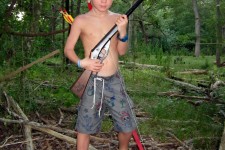 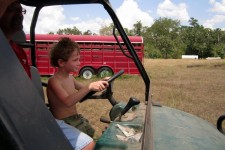 At sunrise on Saturday, he sprang out of bed. “This is the day!” After breakfast, the armory came out.

After we finished and had lunch, he picked up the BB gun again. “This is lame!”

I thought I could keep him busy and bet him $5 he couldn’t dot the ‘i’ on Sprite can from 10 yards. Three shots later, I had to pay up. 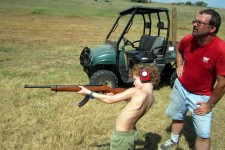 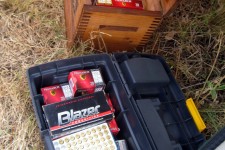 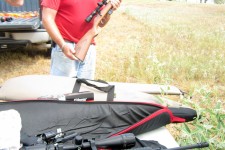 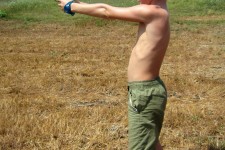 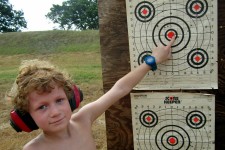 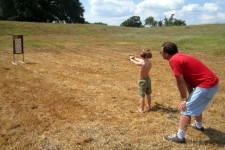 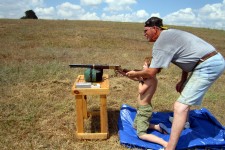 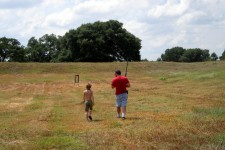