Didn’t we just rebuild the engine, like, a year ago?

You shouldn’t have to do this. Somehow, we do.

The bus wasn’t starting after getting warmed up, was running poorly and the power was down. After multiple tune-ups and lots of poking around, I finally did a compression check. This is always the last thing on my list – the news is always bad.

So, I sent out some feelers for some help. I contacted the guys I met in Olinda and posted on a Brazilian VW forum. Basically something like “I’m near Natal and need space to rebuild my engine. I you can recommend a place to buy parts, that would be good too.”

I showed up at Marcio’s place and tried my best with Portuguese. After agreeing on a space to do the work (right in the middle), I crawled under the bus and started getting dirty. I had an audience.

I dropped the engine and had it on the bench and down to the case in about 2 hours. Not a record time, but I think I impressed a few of the guys in the shop. Maybe it was just the amount I was sweating. Still, I was offered a job.

Marcio grabbed the heads and took off, while I went to a por kilo lunch with a few of the guys. After lunch, I scrubbed everything that could be scrubbed. In the back of the shop was a tank that looked like ‘the dip‘ from Roger Rabbit. They warned me not to put anything in for too long.

The heads came back in the afternoon and Marcio produced a Mahle rebuild kit. Pistons, cylinders, rings, pushrod tubes, and gasket set.  All in one box.

On day 2, the engine went back in, and I did a little more poking around and taking advantage of everything the shop had to offer. All my broken bolts and stripped threads were taken care of. I finally had a puller to fix my leaky steering box (new seals were another thing in the goody bag from Mike). I even managed to weld the broken seat springs – for us, this is a quality of life improvement.

Then – the way every engine rebuild should conclude – a barbeque! 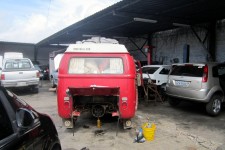 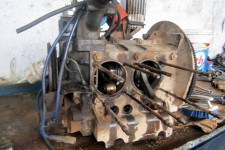 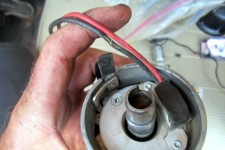 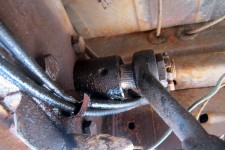 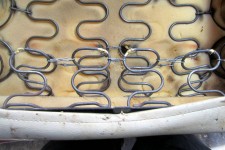 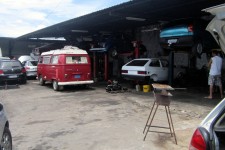 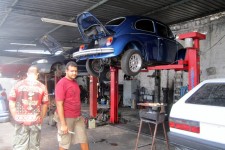 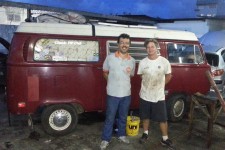 7 thoughts on “The Yearly Rebuild”