Early sunrise and immense heat before 8am helped us get moving early from the campsite. We crossed the state line to Sergipe. After a stop to make lunch on the beach in Baixos, we planned on taking a look at Mangue Seco from Povoado de Indiaroba. That’s exactly what we did – we took a look. The idea on Mangue Seco is that you can ‘get away from it all’ with a canoe ride. Well, we’re already pretty far away from it all, so we kept rolling. 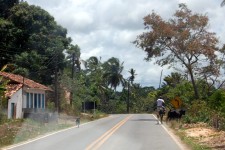 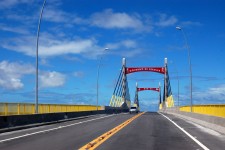 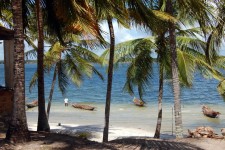 A bit farther north, we took a ferry to the historic town of Penedo, crossing the longest river in Brazil.

You read that right. Forget the Amazon. Rio São Francisco is the longest river in Brazil. 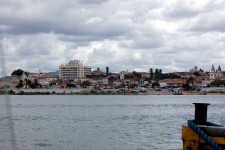 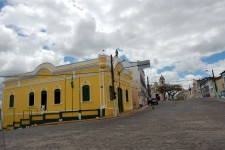 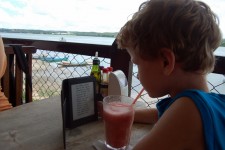 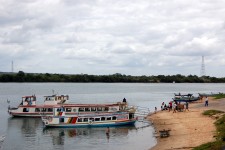 The farther north we go, the better the juices get. Maracujá, goiaba, and acerola are quickly becoming favorites… sometimes they just need a bit of sugar.

We ended up spending a forgettable night at the campsite in Aracaju. When we left town the next morning, we  spotted guys selling what appeared to be counterfeit license plates by the side of the road. This might explain why we see so many impounded cars at police checkpoints. 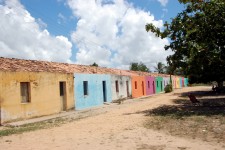 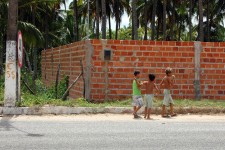 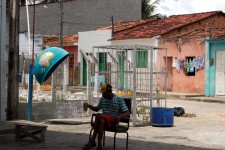 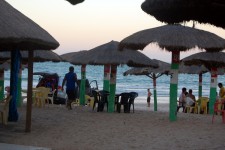 Farther down the road, we spent the night on the beach at Praia de Lagoa Do Pau. It was a random stop – we were tired. But it turned out to be pleasant enough, with surfers and nuns hanging out on the beach. 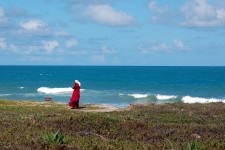 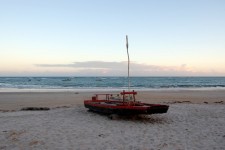