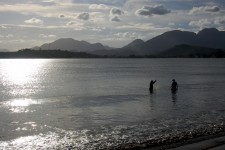 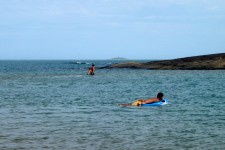 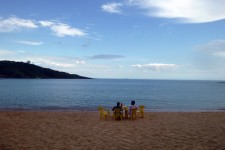 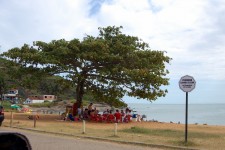 From there, we headed up through Vitória with the goal of extending our visas. We get 90 days in Brazil, and so far it’s been 85. We’re can ask for 90 more days, and the absolute maximum length of our visa is 180 days per year. So, this is it. They don’t have to allow the extension, so we asked nicely.

The procedure is pretty simple. The Policia Federal are only in big big cities, so there’s only one in the state of Espirito Santo. In Vitória, go to the big blue building (-20.3271,-40.3539), fill out some paperwork, pay 67 R$ each, and you’ll get new stamps. This is the easy part.

After struggling through the entire process in Portuguese, they asked if we knew anyone locally who could help us with the vehicle renewal. We said no, and they responded in perfect English “this is going to be difficult for you.”

The tough part was that our paperwork (and these folks too) told us to go to the Receita Federal Do Brasil, about 4 km away. This is the wrong place. This is the equivalent of the DMV, and is filled with people holding numbers who look like they have been waiting there all day. Fortunately, after being told they couldn’t help us, one of those locals that had been waiting all day was nice enough to walk us 5 blocks to the right place – Alfândega Do Porto de Vitória (-20.3191,-40.3299). After being told to come back in an hour, I wasn’t allowed in because I was wearing shorts. Angela – also wearing shorts – was allowed. She was then told to come back tomorrow. I’m not exactly sure what transpired after that, but the answer was later changed to “we’ll be done in 30 minutes”. 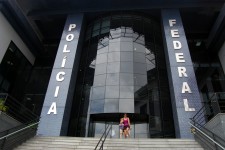 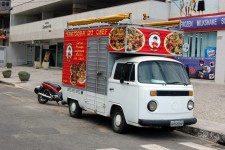 Our visas were renewed for 90 days from today’s date. For some reason, the car paperwork was renewed from the original expiration date. So, Red Beard can stay in Brazil a week longer than us.

We were later told that getting all this done in the span of a few hours is unheard of. Usually, it takes days. In hindsight, they were pretty short shorts. 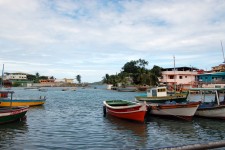 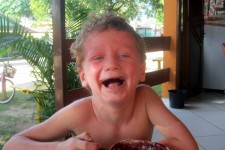 From there, we planned on going to Conceição Da Barra. Many people recommended it, but it turned out to be a major disappointment. The 4 campsites we had info on simply didn’t exist. The entire town was severely dilapidated and barely anything was open. The town just looked forgotten. Not sure what happened there.

So, we cruised in the dark another 30 km on sandy washboard to Itaúnas. This is a cool little place. Sand streets and a little town square, all next to a cool river. On the other side of the river are dunes leading to the ocean. 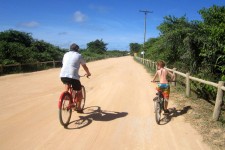 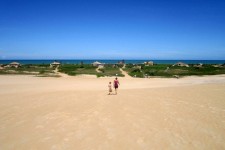 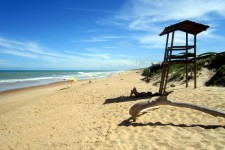 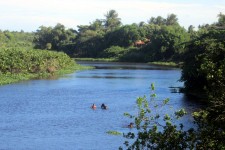