From Rio, we headed north this time. First, a stop in Petropolis to see the royalness. The plan was to come up here and cool off. If there was any difference in temperature from Rio, it was hardly noticeable.

We had an invitation to meet some folks for lunch who wanted to interview us about cooking, of all things. They had seen us in the O Globo article.

Alex & Cecilia were an interesting couple. He was a corporate CEO in the U.S. before moving back to Brazil. Then, he reinvented himself as a chef and now has a successful bistro in Rio. Ten years later, he’s doing it again as a photographer and writer.

Despite the fact we’re terrible cooks, he still insisted on interviewing us. It didn’t take too long to figure out the ulterior motive… they were thinking about selling everything and hitting the road. Maybe drive the Med coast from Portugal to Greece. Something like that. Anyway, nice folks and we wish them the best of luck. But, they couldn’t have been too impressed with our kitchen. 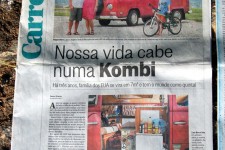 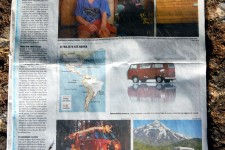 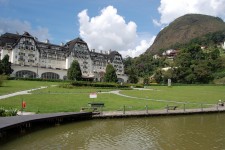 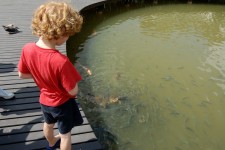 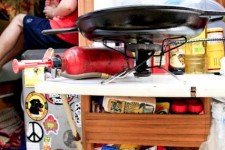 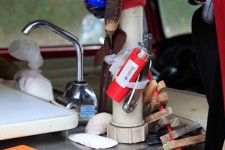 Since there was no camping nearby, we kept rolling and made it all the way up to Tiradentes. Back when the Portuguese were canvasing Brazil for gold, this was a stop on the Estrada Real from Ouro Preto to Paraty.  I’d say this town is nearly identical to Paraty… except with mountains instead of ocean. 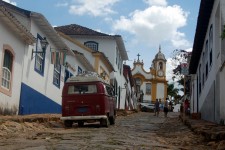 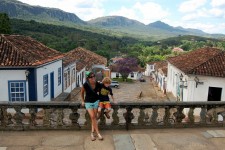 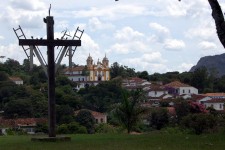 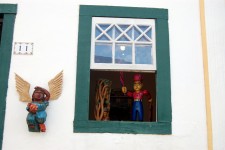 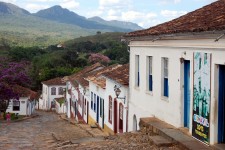 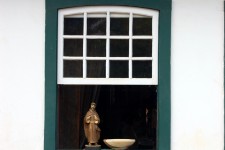 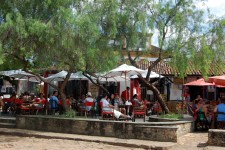 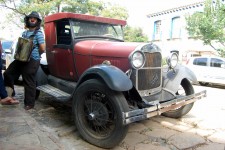 The first few nights we stayed at the local campground and lucked out again.  The owners knew us from the paper and said we could stay for free as long as we liked.  And, of course, we liked! The owner brought us bananas from the forest, and baked goods from her kitchen. There’s an old steam train that connects to a nearby town, and we camped about 5 meters from the tracks. Thanks for everything, Camping Tiradentes! 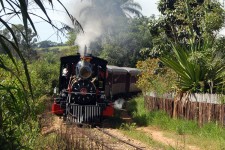 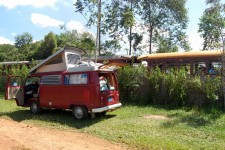 Our freebie camping trend was still rolling when we tried to leave town a few days later. While at the local mercado, we met Walter. He’s a American expat who’s been bouncing around Brazil for almost 20 years. He invited us to his buddy Hans’ place where we could camp riverside next to his restaurant. Pool, restaurant, wifi… the works. He’s been working on this property for a year, and opened for business only a few months ago. Hans is Swiss, so you can image that everything is just right. Business was slow, so we had the run of the place and access to his monster kitchen and beer fridge. Both Walter and Hans had interesting backgrounds and stories, but we’re not sure any of it should be printed here. You’ll just have to visit. If you’re around, drop in (S21 07.314 W44 09.480). I think we’ve convinced him to offer camping for overlanders on a regular basis. 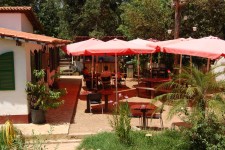 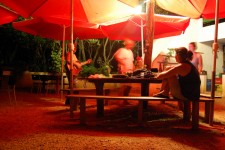