It bears repeating that the Peruvian coast is desert. Drifting sand dune hot desert. It’s mostly barren and trash strewn, but for some reason north of Lima, people have seemingly dropped tiny pre-fab wooden houses out of the sky. I can’t imagine why. 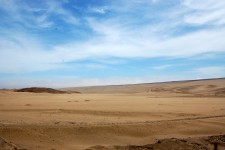 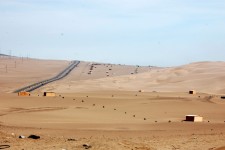 The edge of Lima seemed to appear out of nowhere. First desert and then sprawling city. The drive from the northern edge of Lima down to Miraflores could be described as a marriage test. We passed, but just barely. 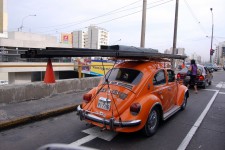 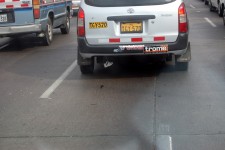 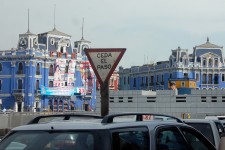 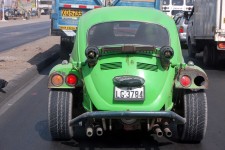 Once we arrived in the Miraflores neighborhood, things started to improve. We quickly found another hostel on the overlander trail (The Hitchhiker Hostel, recommended by Trish and Mike) where we found two more vehicles. One with California plates and the other German.

We get to park and pop the top in their tiny walled compound for just a few bucks. Not bad, considering its in the heart of Lima’s nicest neighborhood. 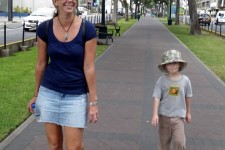 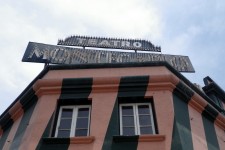 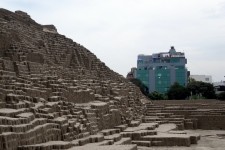 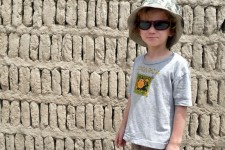 We hadn’t really read up on Lima, but assumed we wouldn’t like it. We don’t like driving in it, but so far the rest seems okay. Since we have been known to judge an area by proximity to sushi restaurants, Miraflores scores big. We’ve already found three just a few blocks from where we are staying.

We were a also little surprised to find out that there are ruins only a few blocks down the street. A large pyramid complex completely surrounded by modern concrete and steel apartment buildings. 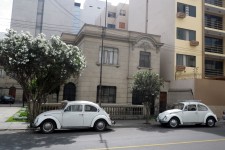 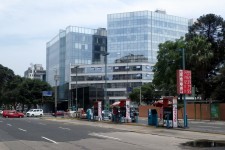 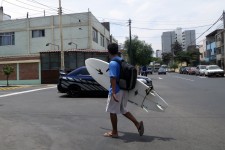 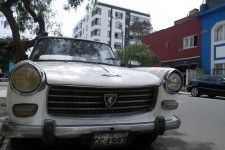 So, our plan for Lima is to rest up a bit and enjoy the conveniences of a modern city.

Stock up on some supplies. Try to find a replacement electronic ignition (my old one got mysteriously fried at Diegos). Find a new deep-cycle battery for the solar panel/fridge (we’ve got a dead cell). Heck, maybe even try to score some new pants, since most of mine now have holes. 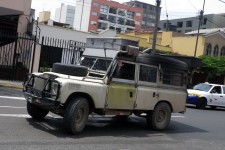 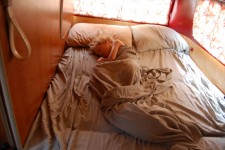 And, it doesn’t hurt that we’ve already met some really cool people. Lorna and Steve have that California-plated 1970 Land Rover and are headed south too. They started in Arcata, CA and still have another year to go – hopefully we’ll run into them again. Good people.

The German couple,  Norbert und Hannelore, have already driven all over the world and are now on their way to Alaska. If you’re in the states, keep your eye for them later in the year.