Driving by the unmarked equator, and the poorly located equator monument left us a bit let down. We tried one last spot – the Inti Ñan Solar Museum. Supposedly, this site contains a “real” GPS-measured spot. Not according to ours, though. 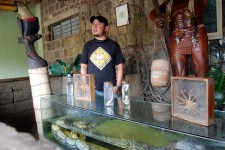 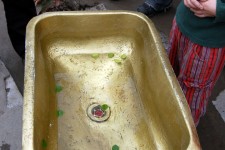 The admission price included an English-speaking guide, who led us around a fairly odd museum first. We were shown an indigenous hut complete with blow darts, then taken to the display of poisonous Ecuadorian animals. Then, one of my personal favorites, the exhibit on shrunken heads, complete with instructions.

Sidenote: In high school, my friends Sheila, Melissa and I would go the the Museum of Natural History and ask the curator for explicit instructions on how to shrink heads. We’d even write them down, and ask things like “specifically, what plants are used? Where can I find those?” Of course, we thought we were hilarious at the time. 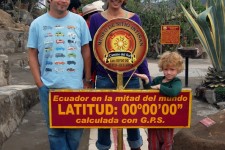 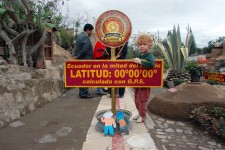 Finally, we got the painted line. I jumped over it a few more times, just for kicks.

Apparently, if you have a bucket of paint and a brush, you can draw a line and sell tickets. 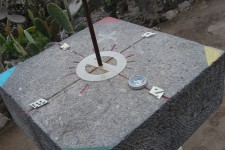 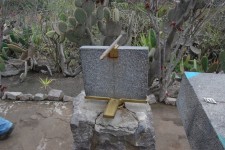 We were demonstrated the ever-important clockwise/counterclockwise water draining parlor trick . It was a bucket of water poured into a basin, with a few leaves on top so we could see the action. It was subtle, but the water did drain the opposite way in each hemisphere – 5 feet away from their imaginary line. 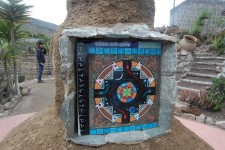 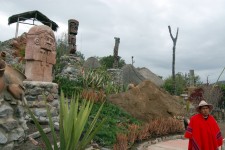 By this time, Bode was done with equator experiments, so he and Jason headed back to the van for snacks. I stayed because I was loving it – Ecuador’s Mystery Spot.

Next up, balancing an egg on a nail. We were promised certificates if we could do it. The rest of the group did it and luckily I was last. The guide had moved on to the next experiment and didn’t see that I failed to balance the egg. But, I still got the certificate! 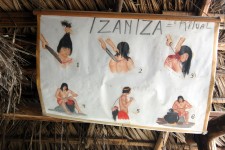 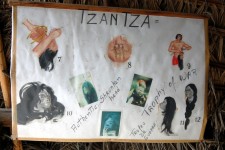 Then we discovered it was hard to walk a straight line with your eyes closed. Granted, this might always be hard, but they claim the equator is some kind of mystery spot where everyone seems to be failing a sobriety test. It’s gotta be the Coreolis Effect (or lack thereof.)

Finally, we got our passports stamped at the equator. They promised it was valid and wouldn’t cause us problems at the border . Everything else here was completely believable – we’re sure they’re right! 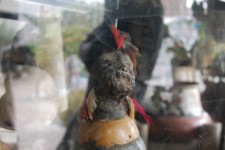 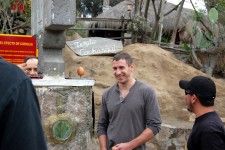 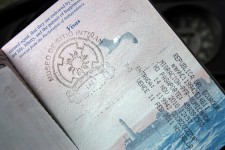 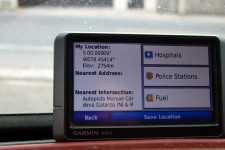 I actually thought this place was pretty entertaining – for a tourist trap. If you ever make it to the equator, skip the Mitad del Mundo and head here.

Oh, and the closest point to the equator we measured was leaving their parking lot. The equator might actually be in a scrapyard across the street.

2 thoughts on “This isn’t it either”