From Las Lajas, we decided to stick to the coast and hit the well-known surf destination of Santa Catalina. We took the ‘back’ way and got lost about 10 times, but it was still a nice drive through the hills of the peninsula. Eventually, the dirt roads ended and we connected to the main paved route that led us into town. 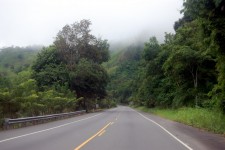 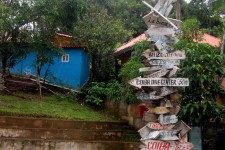 “Town” isn’t much, but it is the typical surf town. One main road, that splits into meandering dirt road off to all the beaches. Pick a dirt road and drive (picking your forks randomly) to get to  some sort of surf camp at the end.

At the first place we pulled in, we were immediately greeted before we could get out of the car.

“Are you the BodesWell guys? Where’s Bode?!”

Claire was so happy and enthusiastic to see us that we felt like rock stars for a few minutes! Thanks Claire!

Unfortunately, she was on her way out of town. There was a big surf contest here the previous week and the whole place was winding down. It sounds like it was pretty crazy here, and we’re glad we found it a little more peaceful this week. 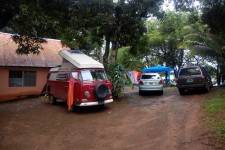 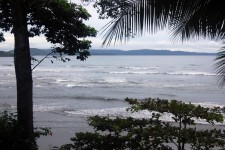 We also met David – another overlander on his way to Argentina – and we exchanged some info. He’s actually from Argentina and hopefully we’ll meet up again in Colombia.

He recommended a place down the road, so we headed over to camp in the muddy surf camp parking lot. 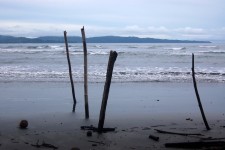 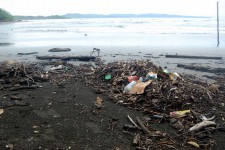 The waves looked pretty good for a beginner like myself, but I’ve still got a bum ankle, so still not much activity here other than watching.  But, it was a really nice place to rest for a night and start thinking about the next continent. 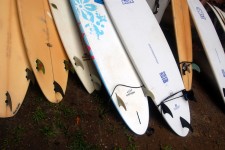 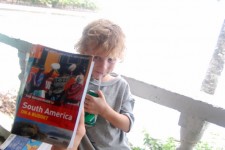