We spent a pretty uneventful night in David and said goodbye to our new friends Shane and Shana before taking off for the beaches again. This time it was back down to the Pacific Ocean at Las Lajas. 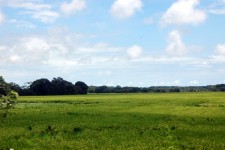 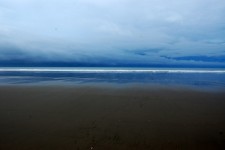 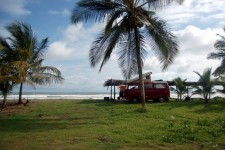 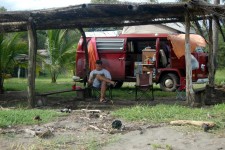 There really isn’t much here other than a couple of restaurants that are only open occasionally and a few cabinas.  This is a good thing, because this meant we had the place to ourselves most of the time.

After scouting out all the options, we found that one of the restaurants would let us camp on the beach for free if we bought some drinks there. One ice-cold Balboa beer costs $0.75. For a beach bar, that’s got to be some kind of record for us. We popped the top right there and decided to stay a while. 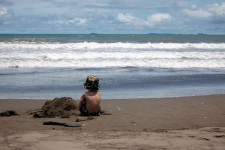 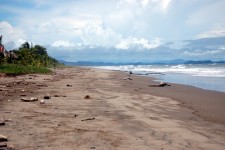 We found a huge piece of bamboo washed ashore and made our own coconut bonker. It worked like a champ until we broke it. 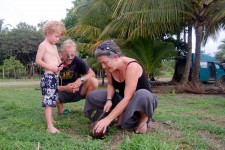 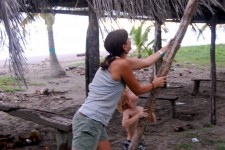 When we first pulled up we didn’t notice the EuroVan parked under the palm tree. Later, Lars and  a Jeni appeared and we became fast friends. They’re from Denmark and have already spent the past 18 months driving up South America. They just entered Panama and are working their way north. Needless to say, we had plenty to talk about.

We spent a few days here chatting and trading information. Miraculously, this bar also had wi-fi that they didn’t mind sharing. Boondocking on the beach with free wi-fi and cheap cold beer nearby? How convenient is that? 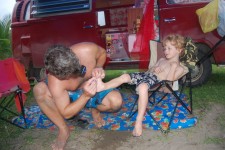 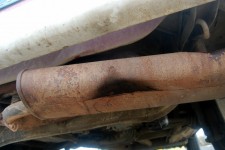 After a few too many bumpy and rocky roads, it’s finally time to find a muffler guy.

When the tide goes out, it REALLY goes out. 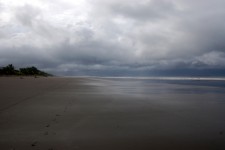 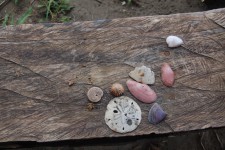 One thought on “Las Lajas Boondock”