We stopped back by Granada for the day so we could grab some lunch and show Doug around. When we stayed here last time, the hostel said we could safely park on the street in front of the door. that time, we opted to pay $5 a day to park at the fire station. This trip we parked in front of the hostel and started wandering the town. 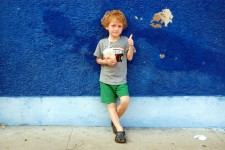 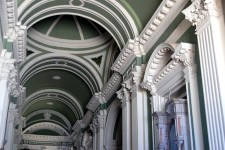 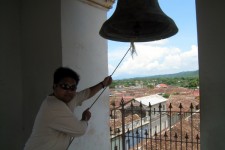 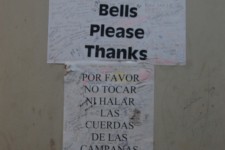 We had lunch, climbed the church tower and meandered our way to the lake. It was hot and closing in on late afternoon so we decided to get going. 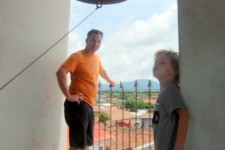 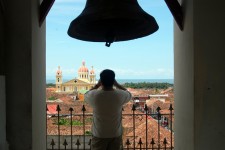 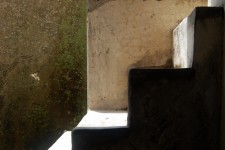 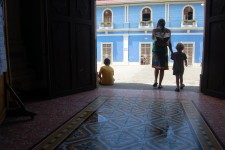 What we didn’t realize was that while we were goofing off and taking pictures around town, someone was busy trying to rob us.

I often have an uneasy feeling about the van when we park it full of all our stuff… and I did this afternoon too. As we were walking back towards the bus, I hurried Bode along because I was anxious to see it. When we turned down the street where it was parked, I remember scanning the roof and seeing the camping chairs there and thinking it was okay. 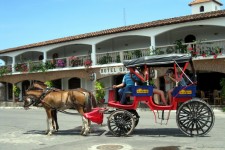 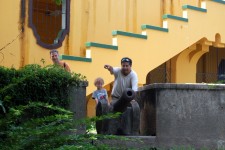 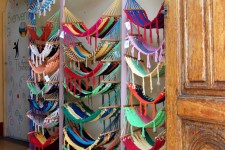 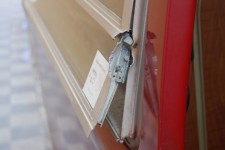 But, when we got to the van we immediately saw that someone had used a screwdriver to break open the side windows and reached in to try to open the door. They mangled the window frame on both sides and broke off the hinges on the lower window and the screen frame. They obviously reached in and tried to open the door from the inside. Fortunately for us, they didn’t get very far (you can’t unlock the door from the inside.)

Anyway, total bummer. It was bound to happen sooner or later, as everyone we meet here has some sort of story about getting robbed. I guess we’ve been lucky to go 11 months without any problems. Meanwhile, 3 of my friends back in the U.S. have had their car broken into recently.

For hours afterward, we had the normal “what if?”discussions and we thought about how bad it could have been. We don’t have many valuables, but nearly everything we own is inside the van (and now Doug’s stuff too.)

The good news is that they didn’t get inside the bus. They must have gotten spooked and run off before getting much farther – the bus is not very hard to break into. Later, we discovered that they took the canopy from the roof.