Bode was feeling better, so we continued a bit up the road to Guadalajara.  Jason had connected with Juan online (and he helped us locate the parts we needed when we were in PV) and we’d met last weekend at the show in Guayabitos. Our cell phone broke weeks ago, so we took out his card and spent an hour trying to find him. When we finally got to the address (they don’t seem to always go in numerical order here) the guys at the shop called him and said he’d be here in 10 minutes. They opened up a garage, and directed Red Beard inside.

Juan took us to his parents house and fed us while Bode played with his kids. Juan’s son, Juan, is 6 and Bode’s new favorite person. Poor Juan is a quiet child and has been subjected to Bode’s non-stop chatter in a language he does not understand.

Later, we went back to the club house, where their club Volks Brothers produce a web radio show and live web chat. Club members show up, hang out have a few cervezas and tequila (with coke or mineral water) and talk Volkswagens. They interviewed Jason (and translated it) and the listeners asked him questions. Juanito and Bode played with toy cars in Red Beard until late in the evening. Juanito went home and eventually Bode fell asleep in the van while the party continued around him. 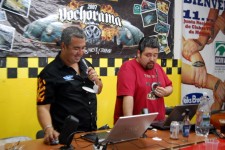 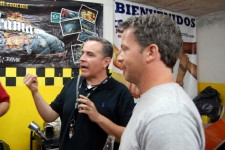 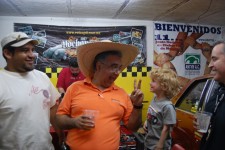 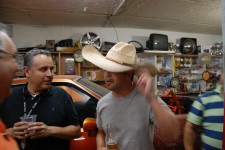 Many thanks to Juan, Arturo, Hugo, Yesus and others for making this a really fun introduction to Guadalajara! 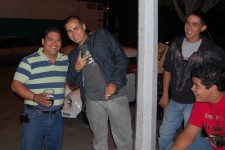 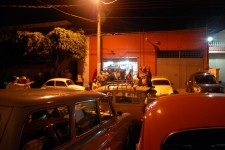 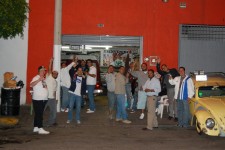 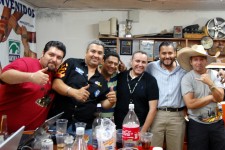 We weren’t really sure where we were going to sleep that night. The garage locked from the outside, we didn’t know where the campsite was… and we were getting deep into the tequila. There were cars everywhere and no way to get out anyway. We decided to shrug it off and just go with the flow. That seems to be what’s needed in Mexico (anywhere, really) – but especially when there is a communication gap and you are considered invited guests.

At 1 am we were told that we’d be staying across the street. Cars were moved just a bit out of the way, another garage door was opened and Jason was to back out and park in the garage immediately across the street. Everyone was shouting directions. There were restored bugs inches from us on both sides and all directions were yelled in Spanish, so we didn’t catch a word of it. Jason backed carefully across the street to Yesus’ garage, a bigger open-aired garage where he and his crew meticulously restore old VWs.  We heard the party ended at 2 am, but we fell asleep as soon as we stopped the car.

The next morning, the garage was open and men were working around us before we even woke up. These guys are professionals and it was interesting to watch them work with silent efficiency. They even have an Ormiga here. If you like your VW’s rare, this is a good one. 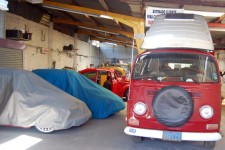 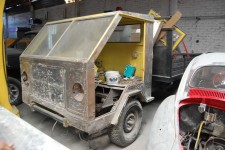 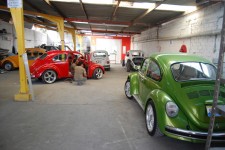 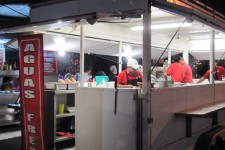 Juan picked us up and took us to breakfast…fish tacos. They were awesome.

We went back to the garage and were told this was our home for as long as we needed and to let them know whatever problems we were having – they know people.

Yesus’ Garage was perfect. Jason had a nice clean place to work among vochos and amigos and all the help he needed. We replaced the vacuum lines to the brake servo and it was no help with the stall issues – someone could look at it later. While we were at it, the exhaust was loose, so that came out and got new seals. The engine misfire on #1 was on the list, but it could wait until later too. It was time to eat some more.

4 thoughts on “Our Guadalajara Brothers”