We’re still in PV and held up a bit trying to take care of all of our outstanding issues. The bus is running, but still not great. I’m working on it and making more trips to Alberto’s. Also, we had shipped a package (a fairly expensive one) to ourselves at the condo several weeks ago and it never arrived. It’s simply disappeared and no one claims to know anything about it. It just hasn’t been our week (or two.) We’re still camped here and will stay until we take care of all the miscellaneous whatnot.

We’re in an RV park that’s pretty close to the center of Puerto Vallarta. But, It turns out it’s actually in the middle of Quebec. No kidding. We are the only non-French speaking people in the entire place. Instead of saying “Hola!” to everyone we meet, we now say “Bonjour!” It’s Weirdsville. 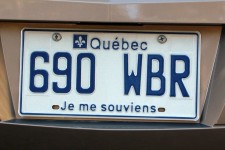 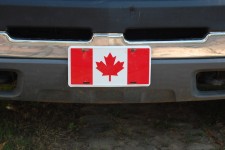 It’s not that all of Canada isn’t represented – it is. But they’re all originally from Quebec. There’s someone here with Alaskan plates, but he’s French Canadian too.

It’s actually kind of interesting – being immersed in Montreal in Mexico. It seems like we’re on an entirely different trip. But, Bode is frustrated. He’s found some kids here and tried to initiate some sort of play with them and they refuse to speak to him – literally. He’s been playing with the local Mexican kids every day with no regards to language and they have all been great. The French-Canadian kids have an attitude. He’s speaking in some taboo tongue and they literally turn around and ignore him. He even tried some Spanish to no avail. C’est la vie?

The good news is that our decision whether or not to stay at this particular campground has been made for us. We’re being evicted to make way for a giant Canadian caravan. From Quebec. A big soiree and we’re not invited. Au revoir!

Also, I was listening to The Mountain Goats today and thought I would share what is possibly the worst song lyric ever: “Our love is like the border between Greece and Albania.” This makes Neil Diamond’s “…song she sang to me, song she brang to me” sound like poetry. I think the Spice Girls had some of the worst lyrics ever (not that I would know,) but the border between Greece and Albania?

One more fun fact: You can get a roll of toilet paper and a popsicle for 10 pesos.

6 thoughts on “Welcome to Canada”