There have been questions as to whether a road is open almost every day so far in Mexico. The recent rains have washed out bridges on the major highways, and the locals don’t know about the conditions of the smaller dirt roads that run along the Sea of Cortez. For that information, you have to ask a gringo. Apparently, they are the only fools that would bother driving for hours through wash out and washboard dirt/gravel/rock roads.

Fortunately, the road to Puertocitas was paved recently and was in great condition.  No problema. Things get a little more interesting further down the road. 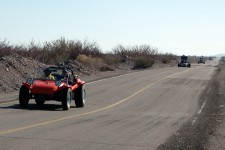 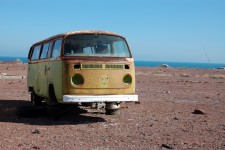 As we arrived in Puertocitas and decided to pull into the first place we saw – Cow Patties.  It turns out it is the only place and we found a cantina full of Americans. Most lived here. We met Jim (oops?) and Larry who had put together the most tricked out Baja buggy imaginable. Jason oohed and awed over their Veedub on steroids. They gave us a ton of great tips on Baja – they’ve been coming out here for 20 years. They were sure to convince us of Baja Rule #1 – fill up with gas at EVERY opportunity. Just because a town has a gas station doesn’t mean they have gas. 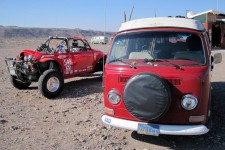 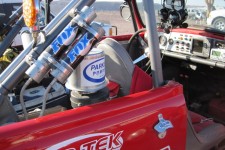 They pointed us in the direction of an abandoned campground owned by their friend Javier, whom they couldn’t seem to locate in a year. Stay there for free, they said, it’s safe. And if anyone asks, you’re a friend of Javier.

They also gave us the go ahead on the dirt road heading south to Gonzaga Bay. Rough, but doable. It’s a strange thing, to go somewhere and have to wait until you’re almost there to see if you can go further or turn around. 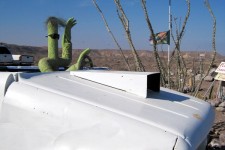 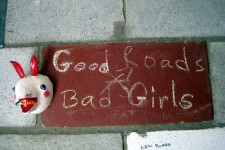 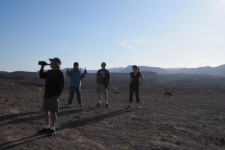 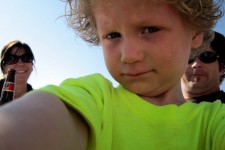 We headed to Puertocitas proper to check it out before dark and as we were warned, there were ‘private property’ signs plastered all over and a woman demanding $10 to enter the town. The folks at Cow Patties indicated there was a fair bit of controversy over this. There’s a hot springs right on the beach here, so we considered paying it, but it’s only accessible at low-tide and it was not quite the right time. We made the U-ey and went to find Javier’s.

The campsite was a palapa on the beach, but no running water. There were fisherman milling about on either side of the campground and a few of them took notice that we were there. One guy in particular seemed to be keeping an eye on us. Like we figured, about a half hour later, he came sheepishly wandering over and started talking to Jason. All in Spanish, of course. He was clearly not in charge but still wanted $10 (a subsequently recurring amount) from us to camp there.

Jason started in English and tried to tell the guy we were friends of Javier and we could camp for free.  “Friends of Javier. Free camping!” and acting like a dumb gringo didn’t quite work, so he switched to “Amigo de Javier. El campo gratis” followed by a bold “Donde esta Javier? Javier aqui?” It worked like magic – his bluff was called.  “No problema” was the response. He was quick to change the topic and continued talking about fishing and all sorts of other stuff Jason didn’t quite intiendo. A handshake later, he went out to check his nets and panga and we were alone for the night. 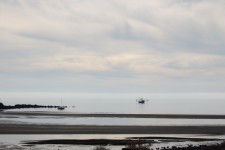 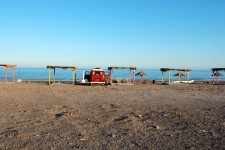 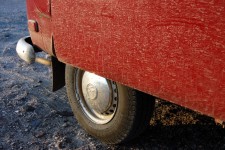 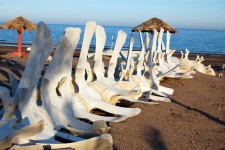 Boondocking on the beach is exactly the sort of thing we never really intended to do and have been warned about by numerous well-traveled folks, but things just seemed to fall in place this time. We got a local tip, we sort of made friendly with the guy on the scene, and things just felt right. And, we’re amigos of Javier.