We woke up in Marfa to 1° F. The pipes were frozen at Dave’s house and so was everything in the bus. We were planning on heading out this morning and fortunately I also heard back from my old buddy Cam in Alamogordo.  He had tomorrow off from work, so we should high-tail it up to New Mexico right away. Perfect timing. We took off on a long drive and finally put Texas behind us.

Cam has been a great friend ever since High School, but we (mostly me) haven’t done a very good job of staying in touch over the years. I haven’t seen him in person in almost 15 years. Since then, he’s lived in Alaska, Germany, South Korea, Italy, and now he just moved to his wife’s hometown of Alamogordo.

If you’ve ever fallen out of touch with someone and then just show up on their doorstep after many years, you might imagine things could be awkward. If it was, it lasted about 2 seconds, and then it was like no time had ever passed. Cam is still the great guy I always remember, and his wife Melissa and son Noah are just as cool.

Incidentally, Cam has had some notoriety recently after creating the Periodic Table of Typefaces.  If you’re a graphic designer or generally interested in design, maybe you’ve seen it. I actually saw it a while back and had no idea Cam created it. The history and back-story of different fonts is actually pretty interesting.  Heck, there’s even a documentary just on Helvetica. 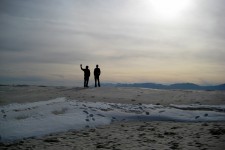 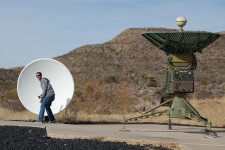 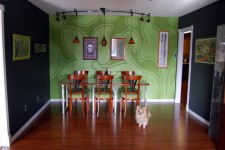 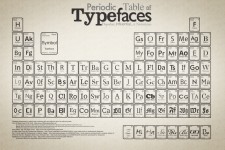 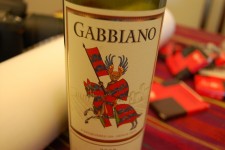 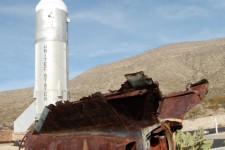 Cam, Melissa and 10-year old Noah welcomed us to New Mexico with a warm bed in their new home and lots of home cooked meals.

We stopped by the Space Museum’s park to climb around on some rocket sleds, check out a real V-2 and other neat stuff. Bode wanted to know why the names of machines always have numbers in them.

Then we  headed out to White Sands National Monument for some sledding. There was an occasional layer of snow on top of the white sand dunes, so you could choose your own personal coefficient of friction based on where you placed your sled. Sand = reasonable speed. Snow = holy crap! Bode declared it the most fun he’s ever had. 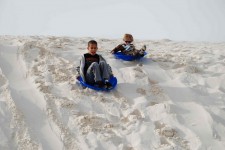 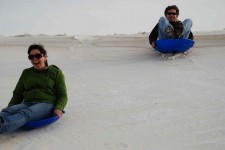 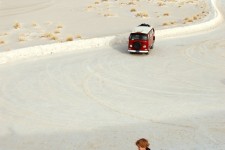 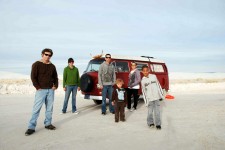 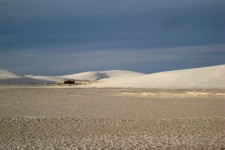 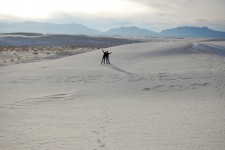 7 thoughts on “Gone Wilde in NM”