Texas Hill Country driving means that you can judge the distance between towns by the water towers on the horizon. 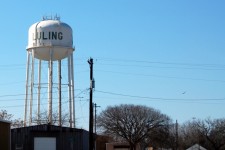 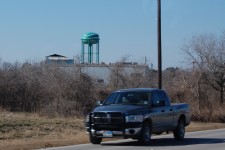 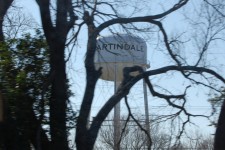 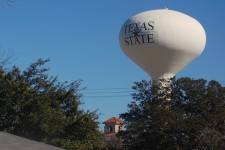 Our next stop was Luckenbach, Texas – made famous by Waylon Jennings song of the same name and and Willie Nelson’s famous 4th of July picnic.  Jason came here with his dad as a kid and had vague memories of hippies and cowboys drinking beer and pitching washers… and apparently nothing’s changed.

I’ve never been, so Jason showed Bode and I around… it took 10 seconds. The small general store/bar, the closed dance-hall, hat store and the area where you can throw washers. That’s it, but it’s all it really needs. We still managed to linger around a couple hours. Bode was pretty impressed when he saw cowboys and mentioned it loudly.  Then he looked over at a couple of bikers and announced that they weren’t cowboys, but football players. Once we explained that they had different helmets and that those nice gentleman were motorcycle riders, he thought that was pretty cool too. 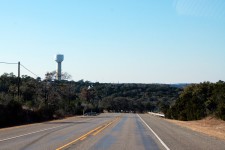 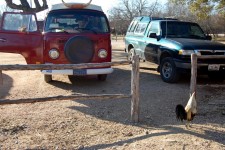 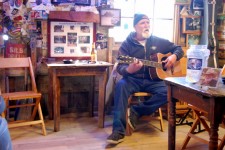 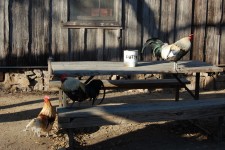 Tonight while playing with his toy cars, Bode announced that his tanker truck was delivering beer from the Spoetzl Brewery.