We spent the day driving back roads and slowly getting away from everything. It was great.

We made our way to Shiner, Texas and set up camp at a city park.  A sign instructed us to call the city police department and an officer would come collect a camping fee, but the town’s only officer on duty was busy. We fully expected an officer to tap on our window with a  flashlight at some point during the night, but no one showed. Free camping!

The park still had their Christmas lights up and we had the displays all to ourselves. It was a little eerie, but we had a stroll around the park and enjoyed the small town festive light display. The temperature dropped rapidly as soon as it got dark, the wind picked up and the rain started. Good camping weather. We could even hear cows mooing. 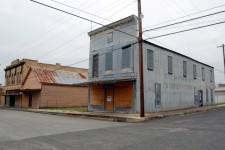 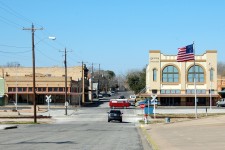 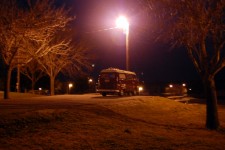 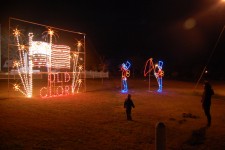 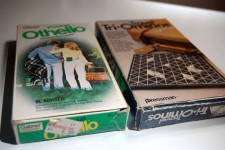 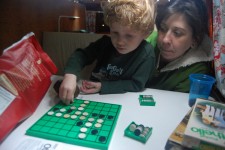 Our friend Mear donated some travel games from his childhood when we visited in Austin – some of my old favorites – and it was time to introduce Bode to Othello. “A minute to learn, a lifetime to master.”

The next morning we headed to the Spoetzl Brewery for the Shiner beer tour. After 100 years, they still make the best bock beer in the U.S.  Shiner Bock is pretty much a staple in Texas –  everyone drinks it, but the locals in Shiner prefer the Blonde Ale.  It’s always been brewed right here in Shiner, and you can get it in 41 US states (and Mexico), so pick some up and give it a taste.  It’s good.

It’s a big factory, so Bode was impressed. They also gave him lemonade during our tasting, so he gave the tour a thumbs up. 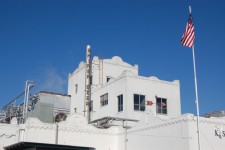 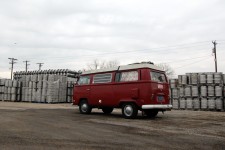 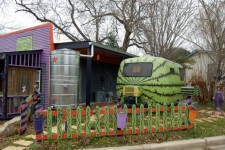 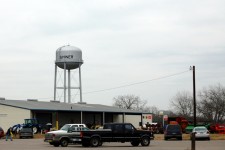 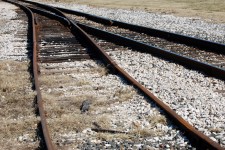 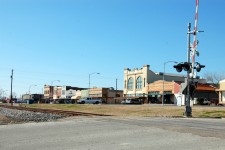