Apple picking was up next. Good clean fun. The kids had a blast running from tree to tree and taste-testing the products. Something like 30 different varieties and they were all good. Around here, you can pick apples until Thanksgiving and there were still tons of apples on each tree. We returned with 40 lbs of apples for $10. I’m not sure what the Strubbes will do with that many apples, but we did our best to eat them while we were there.

This might explain why the nearby town was called Appleton. I always take note when places are named after the thing they destroyed in order to be created. At least in this case there are still some orchards. 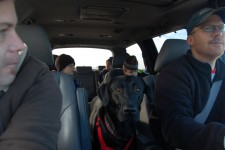 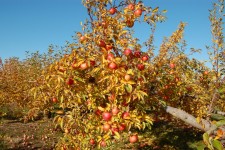 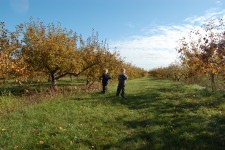 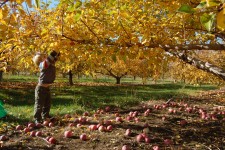 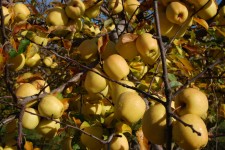 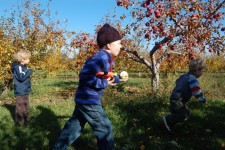 It’s noteworthy that having the bus parked in the Strubbes driveway for a few days attracted quite a bit of attention. Several neighbors came over to see what was going on and tell their bus stories. One guy even brought over a picture of his old bus. It looked like a Dormobile to me, but he swore it was a Westfalia.

On the way out of town, we stopped in Milwaukee.  Nice place.

Back in the early 70’s, Nixon was president and Schlitz was the #2 selling beer in America. The beer that made Milwaukee famous, as they say. In a sub-genius move to increase profits, the brewers tinkered with the formula (multiple times) and destroyed the taste and the customer base in the process. It was then relegated to cheap-beer status the rest of its days, but it did get us through college without any major problems.

The brewery has changed hands many times since then and now belongs to Miller. They claim to have ‘re-discovered’ the original formula and have started producing it again. We tried it… it’s fine. Probably not our favorite, but we’ll keep going back… after all, it is the only beer that says its name when you open it. 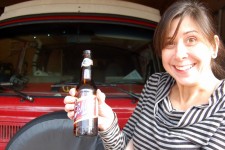 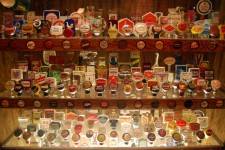 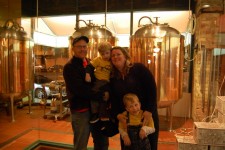 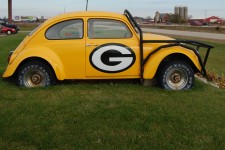 And, since this is a post about Wisconsin…  Cheese. Packers. Favre.

3 thoughts on “A Schlitz a Day”