The jackalope is perhaps the rarest animal in North America, and Douglas Wyoming is the epicenter of all things jackalope related.  In case you didn’t know, there are two varieties to watch out for – the mountain jackalope and the prairie jackalope – noted by their distinctly different horns.

Douglas had the first sighting back in 1939 it’s still their primary claim to fame. Despite their rare status, Bode was able to get a Limited Non-Resident Jackalope Hunting License (limit one).  We looked around outside the Douglas Visitor’s Center and only found some smaller ones – probably less than a year old, as they didn’t have their horns yet and were certainly below the size limit.

It’s amazing what passes for entertainment when you are miles form nowhere. 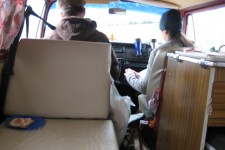 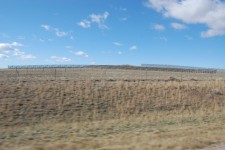 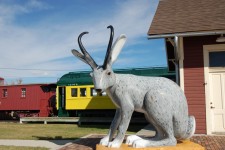 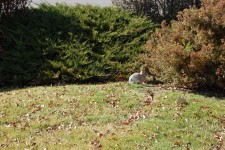 Douglas also has a really cool huge steam engine – it’s monstrous. I’m thinking this might also be the same train used on an old Johnny Cash album cover, but they didn’t claim it.  They should. 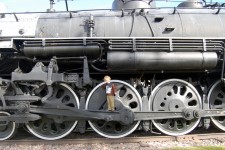 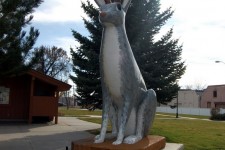 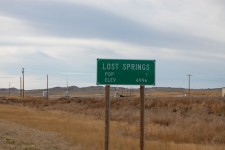 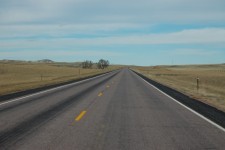 Another interesting stop on the way out of Wyoming was the town of Lost Springs, population 1. I’m not sure how this person manages to have their own town, but it is remote.  From the looks of it, I think they might be exaggerating – the population must be at least double that. 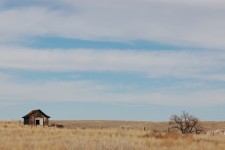 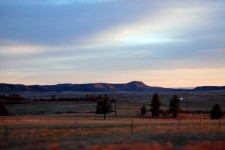 Angela was driving a shift through Wyoming until she felt a noticeable decrease in power…and we were going downhill. No problem, we pulled over into a driveway and I replaced the gas filter. It was all gunked up from little black chunks in the gas. Wyoming has had the cheapest gas of anywhere along our route so far, so I’m wondering if there’s a quality issue involved.

Crossing over into South Dakota was notable in one particular way – they have TREES! We made our way up to Custer to find… “closed for the season” on most campsites and attractions. We were really only there to see some big heads anyway.

8 thoughts on “Watching out for Jackalope”