The 500 mile engine check-up went well – no major issues.  Just a valve adjustment and a carb tweak.  Since it took a while, we didn’t quite make it out of Portland and grabbed a cheap hotel for the night.

We stopped at a pub for some grub and they had an old Atari 2600 and a Nintendo system in the corner.  Bode has now been properly introduced to Super Mario Brothers.

The next day we headed towards Mt. Saint Helens for a ‘real’ test of the engine and also helped out a stranded motorist along the way.  This guy had ran out of gas and then drained his battery trying to get it started again.  Not sure what make or model, but it was 70’s and had wood-grain siding stickers.  I pulled over to pay off some car-problem debt and gave him some gas and a jump.  I didn’t realize it until I got close that he also had two small kids in the car.  We kind of know the feeling, but one parent getting stranded with two kids has to really suck.

Once again, it was obvious that NO ONE was even slowing down or changing lanes and cars whooshing by at 70 mph within 3 feet isn’t very cool.  The guy said that he sure was glad he moved to Portland because everyone was just so nice.  He said if he were still in California, there’s no way anyone would stop to help.  I tend to agree.

I had a conversation with someone earlier in the day and he said that everyone in Portland was from somewhere else.  The Bay Area is the same way.  The difference might be that people move here for a certain quality of life.  People often move to the Bay Area to ‘get ahead.’  Two very different communities have evolved.  My opinion. 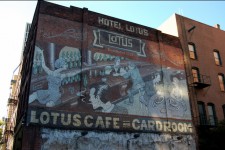 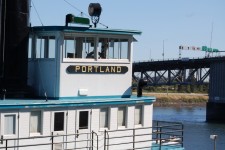 Anyway, here are some more random thoughts on Portland before we cross over to the Evergreen State…

The crosswalk buttons are reversed compared to everywhere else.

People attempt to fence baseball card collections on the train.  Don’t want baseball cards?  How about some sneakers?  $5?

If you’re a board rider, you can ride Mt. Hood in the morning, skate the Burnside park at lunch, and surf Seaside in the afternoon.  A dude trifecta.

If you drive a VW bus downtown, you might have a well-dressed drunk yell at you and call you a tree-hugger from across the street.  You might also have homeless people have a bottle-throwing fight from opposite sides of the street while you’re driving between them.

There are more old VWs here than anywhere else in the country.  Guaranteed.

It doesn’t always rain.  It can get hot.  Real hot.

Most of the people here seem to be from the Midwest. They’re nice.

Bartering is alive and well.

If you ask someone to draw you a monster with 6 eyes and 10 arms, you just might get it.

If you break down, people will help. 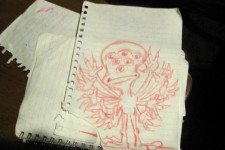 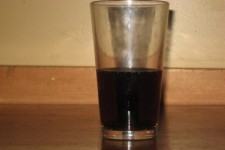 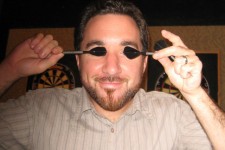 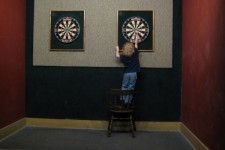 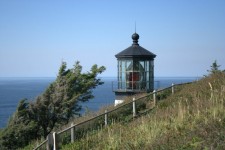 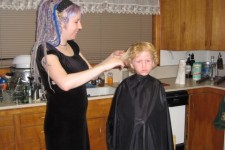