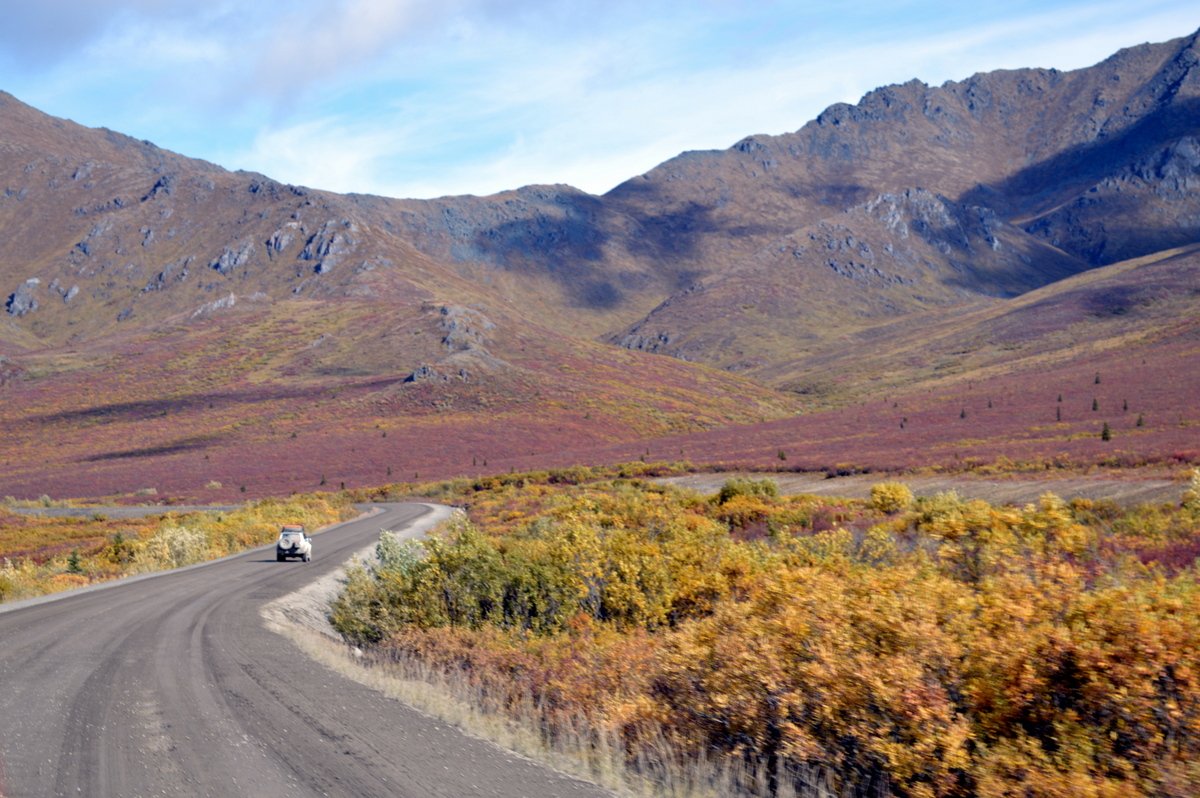 The next morning, we got a late start. Bode and I hiked over to the visitor’s center for a ‘Young Naturalist’ book and some running water. Caleb and Ariana stopped to help Ursula with a low tire.

Once we finally got back on the road, our view was the Ogilvie Mountains in Autumn in all it’s glory.

We crossed paths with Norio, the Japanese man walking the world, about 1/8th the way up the Dempster Hwy. He was pleased to see we had his package and would deliver his food about 200 km up the road. We shook hands and wished each other luck and he was off again. One foot in front of the other. 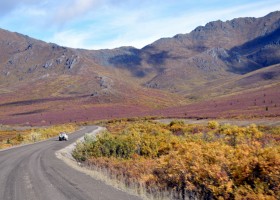 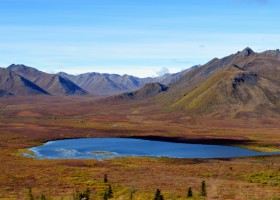 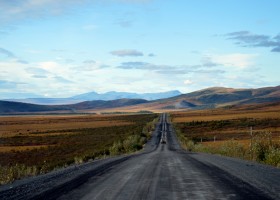 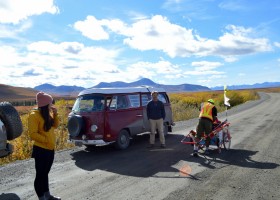 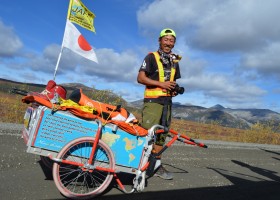 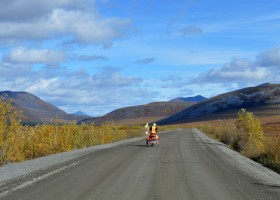 We missed out on the migration of the largest caribou herd in the world (Porcipne heard) but could see their trails in the mountain terrain.

We stopped for lunch at an empty campground, where we met up with Ursula and Farley again. The dogs played and played. Caleb and Bode played N64 in the hut for a while before we hit the road north again.

We’d been promising Bode a treat when we got to the gas station in Eagle Plains, but it was seriously just a single gas pump, nothing else. $1.50 a liter. Connected was a strange hotel and bar, so we went in. The wifi was $5 so we passed, but the convenience store part of the lobby was locked up. We had to get the bartender to unlock it. We shopped, but there was pretty much nothing but a couple bags of chips, a few chocolate bars and soda. So, we spent a small fortune on soda.

We drove and drove and drove, through Eagle Flats- the coldest and windiest part of the journey yet. We arrived at the Arctic Circle and took the obligatory photos in the cold and wind.

Ursula decided to go back to a protected campsite. She hadn’t planned on even driving this far, but when you get a caravan going to the Artic Circle, you join in! We said our goodbyes and we headed farther north with Caleb and Ariana. 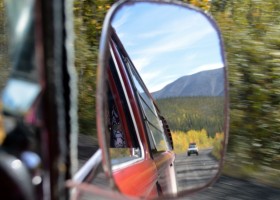 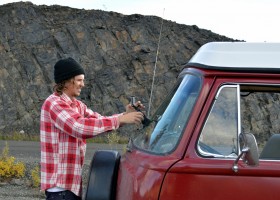 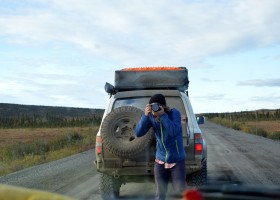 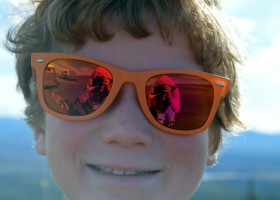 We crossed into Northwest Territories (our 4th Canadian province in the bus). There was a campground nearby,  but we decided to drive another hour and a half to one farther north.

Just passed the first of two river ferry crossings, was the Nitainlaii campground. We’d heard there were showers here (one of the reasons we kept driving), but they were closed. Shower fail.

Oddly, the weather was fairly warm here, though lots of bugs. We took turns waking up in the night in hopes of seeing the Northern Lights. Ironically, we were probably too far north to see them.

For a brief history of the Dempster, check out the Wiki page. https://en.wikipedia.org/wiki/Dempster_Highway 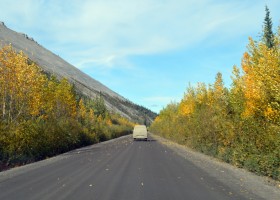 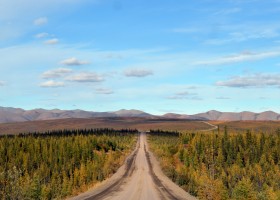 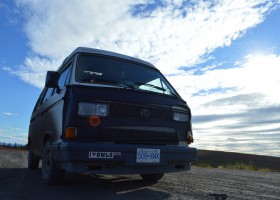 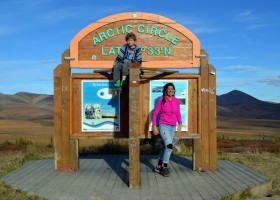 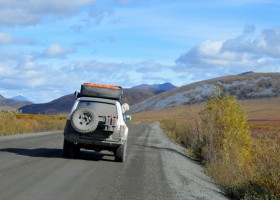 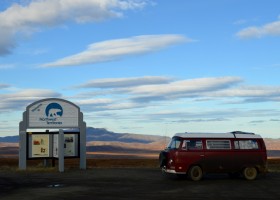 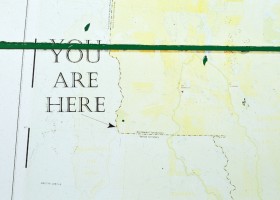 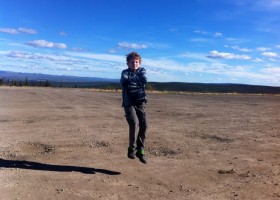 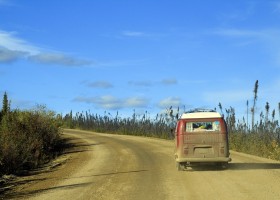 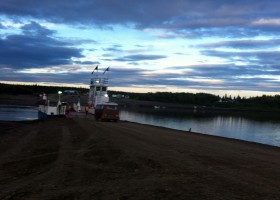