There is a well-known boondocking beach at the end of the road east of La Paz – Playa Tecolote. There are a few grubby restaurants to choose from, but otherwise it’s just a few miles of open beach where you can camp anywhere you like.

I managed to get stuck, so it’s a good thing we were with friends willing to push a bus. For some reason, every time I’ve ever been stuck it only my right rear wheel that spins. The left one doesn’t move at all. In mud. On ice. In sand. Every time. If the left one would even budge, then maybe I wouldn’t have been stuck. For all I know, I’m driving a 1WD. 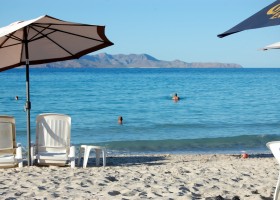 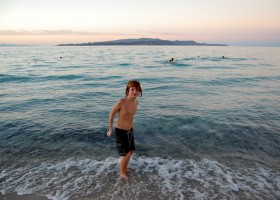 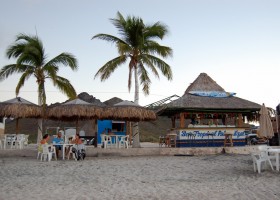 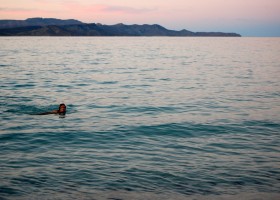 Bode decided he was going to swim from the restaurants to the camp site at the end of the beach. Little did he know we parked about a mile away. I’m proud of him – he did it – and collapsed at the bus and we didn’t see him the rest of the night.

Just before sunset, a Syncro pulled up to join us and further confirmed our ‘two buses attracts a third’ theory. Sort of.

Greg and Katie told us of their grand plan to drive to Chile in under 4 months. Probably possible, but not recommended. 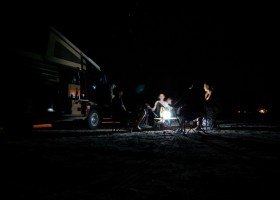 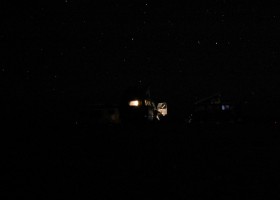 The next day involved lots of chilling out on the beach. Greg and Katie were gone before we even got out of bed. 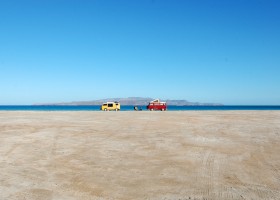 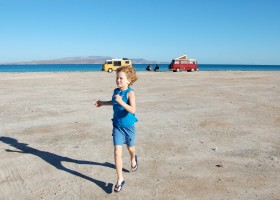 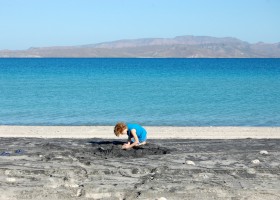 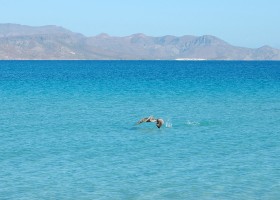 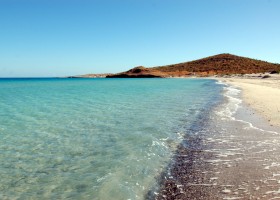 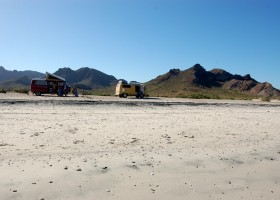