From Playa Rosarito, we made the short trip down to Ensenada. We started out down the toll road, but were turned around half-way to Ensenada – it was closed. A sign would have been nice. I haven’t totally forgotten what it’s like to drive around Mexico, but it’s all coming back now. I’ve missed it. 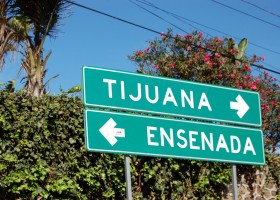 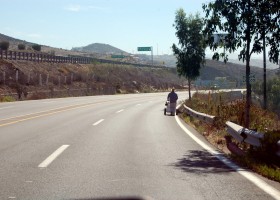 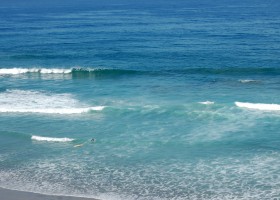 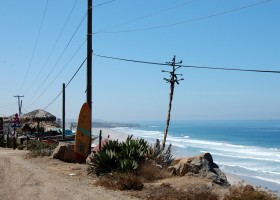 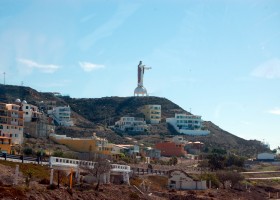 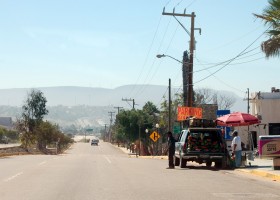 We had plans of getting a little farther than Ensenada, but the idiot light came on just as we were leaving town. Uh oh.

I pulled over immediately and everything looked obviously okay. That’s bad. After a little poking around, I figured it had to be the oil pump. I really didn’t know how it could have broken – it’s never happened to me before – but it was the only thing that made sense. I pulled the sensor and turned the engine over a few times and nothing came out.

I drove it a few kilometers back to town – stopping often to cool off and re-check everything – and the light wasn’t going off. We found a now-closed camp site and pulled in and parked for the night. We figured somebody would either come kick us out or collect money. Either way, we weren’t going far.

After the engine cooled, I dug in and got the oil pump out. The end of the gear was as mangled and the end of the crank was pretty beat up too. This also didn’t make much sense until I realized that the pump shaft was the wrong size. The whole thing was customized when I had to replace it in Buenos Aires, so maybe I should be surprised it lasted that long? We’re feeling lucky it did, and went out in a town and not halfway down Baja. 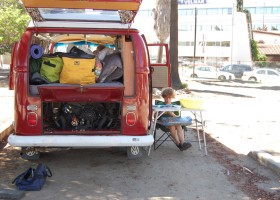 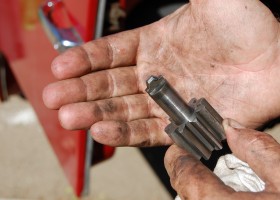 After lots of deliberating and 2 days of searching around Ensenada and being offered the wrong size oil pump multiple times (and told it would work fine), I found Autoparts Mike. This is the place to go for all things VW in Ensenada. There is nobody there named Mike. 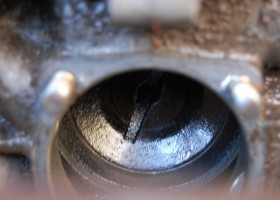 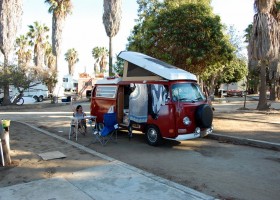 The new pump went in without a hitch and we’re back in business. Our few days here gave me an opportunity to meet Lorenzo – a local character that told me lots of stories I won’t forget too soon – and that can’t be reprinted here. The campsite – it’s been closed for over a year for not paying taxes. Still, the owner was happy to collect a few bucks and let us stay.

We also got to meet Margo and Tony. They were  next door and saw the bus and thought it looked familiar… then wandered over and said “Are you Bode?” They just started reading the blog recently and had gone back to the beginning to read the whole thing. Based on their reading, we were in Portland and Bode was still 4. “You’re so big now!”