After a few uneventful days of working and pressing flesh in L.A., we headed over to Robbie’s garage… and we got to meet Robbie. I had a leaking final drive seal and needed a place and tools to do it – and an address to ship a few items – and Robbie kindly obliged via our Facebook page. 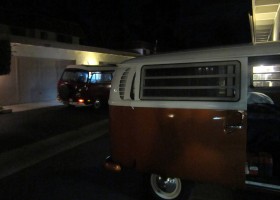 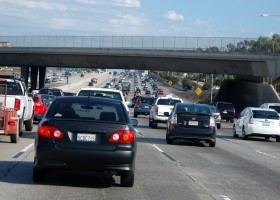 First, locating the proper seal was a bit of a task. There was no way I could order it and have it arrive in time (from Canada?) and it took forever calling around to find it locally. Trouble was, when I went to pick it up locally it was the wrong part. But, this is SoCal and aside from the traffic, it’s not a bad place to go hunting for VW parts.

I ended up at Low Bugget – home of A.J. Simms – a.k.a. Mr. Kadron. While we were waiting for the wrong part to arrive, A.J. and I had a quick chat about my carb and distributor setup. If I would go pull off my left carb and dizzy, he could tap the carb for vacuum (for the SVDA) and re-curve my distributor for me. Simple choice – I broke out the tools in the parking lot and went to work. A.J. also called around and found the correct seal at a local ‘secret’ transmission shop while my distributor went on the Sun 680 Distributor Tester. He pointed out how poorly my distributor advance curve was and started the re-curve process. End result – I could immediately tell the difference and the bus now accelerates nice and smooth. He told me EMPI once asked him to quote re-curving 500 ‘bad’ dizzys. I didn’t ask if he took the job. But, if you’ve got just one, you can send it to LowBugget and they’ll do it for you. 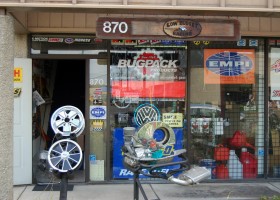 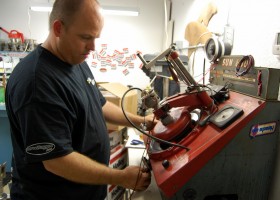 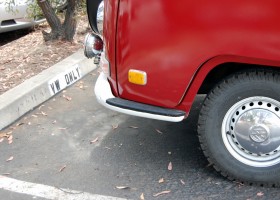 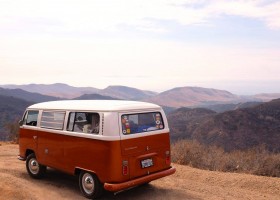 Replacing the final drive seal ended up being a longer than expected task, so having a nice garage space and tools was awesome. I also picked up a spare coil, after frying my old one about a week ago. Big thanks to Robbie and A.J. for helping us out!