This post was supposed to end with a photo of me driving my dad’s ’79 convertible Super Beetle.

My dad’s had this bug for as long as I can remember and it’s been up and down the Galveston seawall a thousand times. But, it hasn’t left his garage in at least 5 years. 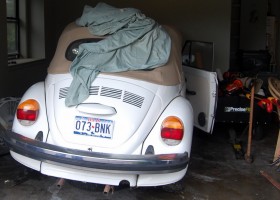 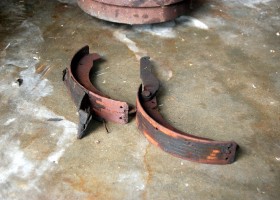 While we were around, I figured I would try to get it going and take it for a spin. Unfortunately, the brakes have pretty much disintegrated – cracked hoses, leaking cylinders, peeling pads. Pretty much everything that can be replaced needed to be replaced. I managed to get it 75% done.

Everything rusts here – the salt air on the South Coast is a VW killer. Dad’s Super is rusted out from underneath and the axle nuts are pretty much fused to the axle at this point.  With all the wrong tools and a giant cheater, I managed to loosen the nuts and repair the brakes on 3 wheels. The fourth – not so much.

We’re trying to get ourselves moving again, so that joyride in the convertible will have to wait until next time. Until then I’ll have to think of a clever way to defeat that big rusty nut. 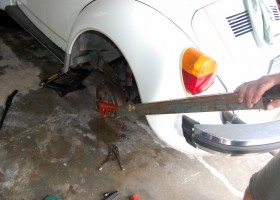 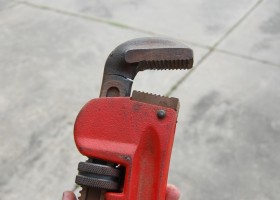