It was a damn cold night. We were pretty good in the bus – we have all new insulation. Still, it was below freezing outside. The campsite had hot showers and a semi-heated bathroom (tip: a hand dryer makes a nifty space heater – 20 seconds at a time), so that was a nice luxury. We watched a movie on the laptop in bed and crashed.

The next morning, we left before sunrise and never saw the lake – other than the moonlight reflected off the surface. 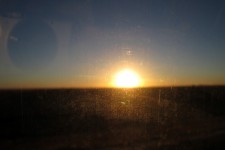 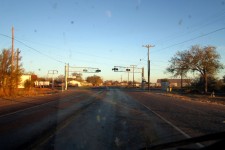 We didn’t see the metropolis of Lubbock, TX either* – we went right around it. We did make a stop at a cowboy gas station/breakfast place before sunrise and picked up some local flavor – this is Texas for sure. Bode kept sleeping.

The big bus victory so far… the heater is working well. 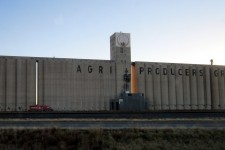 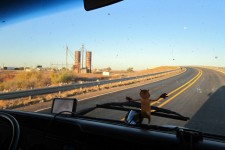 This is cotton country and it’s harvest time. Cotton is everywhere – compressed into giant cubes, hanging off equipment, and stuck to the weeds lining the sides of the roads for hundreds of miles. Tumbleweeds and tumble-cotton. 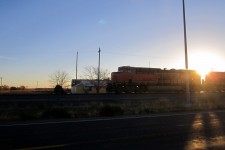 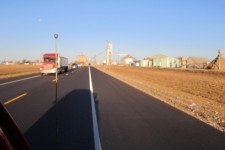 More back roads. Plainview (guess what the view is), Dimmit, Hereford, Vega, Channing, Hartley, Dalhart and Texline. Really, you aren’t missing anything. But, it’s still unlike anywhere else and interesting in it’s own way. One surprise was the altitude – this is all high plains. Lubbock is at 3300 ft, which explains the cold. The state border at Texline is 4700 ft. No mountains. 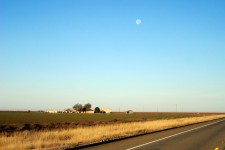 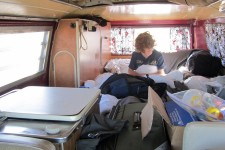 We trudged through the northeast corner of New Mexico. A slow steady climb for over 100 miles. Cows, windmills and eventually – The Rockies. 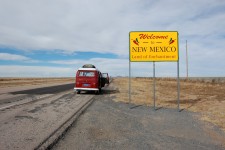 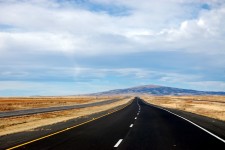 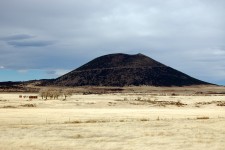 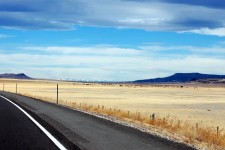 We stopped after the Colorado border at the visitor’s center in Trinidad. No maps. Just brochures for… summer activities. We had assumed we would stop and camp at the state park here, but were making good time and eager to keep going.

A few hours later, the stressed and crazy motorists appeared once we were within 50 miles of Denver. Big cities =  shitty drivers. No surprise there. 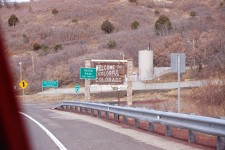 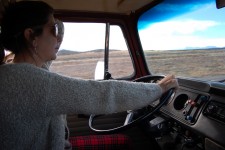 Immediately after sunset, I figured we could break our driving at night rule and just keep going. We had covered tons and ground, but Red Beard had had enough. Listen to your bus. Within 1 minute of Angela pointing out the option to to park at a Mega-Mart for the night in Littleton, the headlights went dark. We pulled over and did a quick diagnosis. Not a fuse, nothing obvious to fix in the dark. All the other lights worked – just no headlights at all. So, we flipped on the new fog lights and backtracked a few miles. Wal-Mart camping – for the first time ever.

*Angela says the best thing there is the Buddy Holly museum.

7 thoughts on “Getting Colder”