It was our last day in town, and we had surprise visitors!

We met Wendi and Steve about 4 years ago at a campground in Mexico. They had pulled a trailer with an SUV all the way down from Canada for the winter – just like all the other snowbirds. These guys were different, though. And, we stayed in touch. Not long after we got going, they headed back to Canada and bought a VW bus – Pumper. They drove it south as far as Ecuador, then did a re-set and shipped it home and then to Europe. After doing a loop, they almost sold it in the UK to an eager buyer… but just couldn’t do it. They shipped it home again, but decided to stop traveling and resume a ‘normal’ life in Canada. It lasted 6 weeks. Now, they’re on the move south again and probably in Mexico by now. 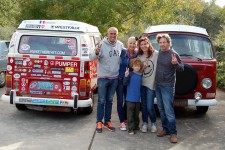 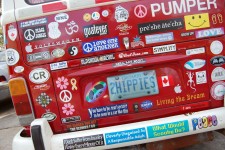 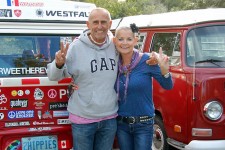 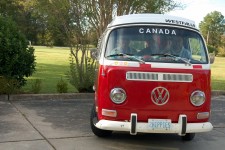 One thought on “Are We There Yet?!”