From Canoa Quebrada, we drove 200 km to Cumbuco. We had originally planned a day in Fortaleza, but after meandering through town, we just didn’t feel compelled to stop. Supposedly, they have the ‘tallest waterslide in the world‘. 14 stories. It costs a fortune.

Bode has been talking smack about Insano for at least a year. We’ve been down a few big waterslides before and he’s definitely ready and able. But, some time over the past few months, he has developed a sense of fear that previously didn’t exist. He still talks a good game, but now stops to think before leaping. Not a bad thing, but a definite change has occurred. 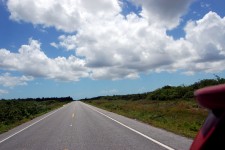 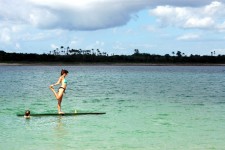 From there, it was another 260 km to Jijoca de Jericoacoara. The town isn’t much to look at, but the lake here is amazing. Lagoa Paraíso.

We found a campsite – maybe the last one before the Amazon – on the shore of the lake and next to a watermelon patch. We were quite pleased. 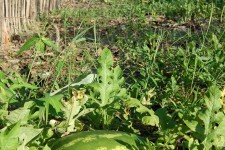 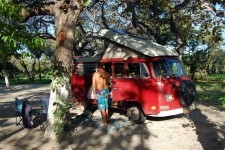 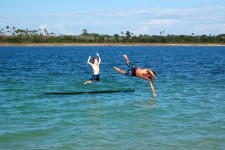 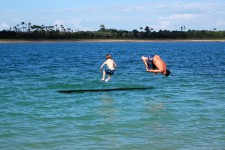 Considering the ideal location, we were surprised to be alone. We met one of the neighbors from a across the street- a bit drunk from a day’s sail on the lake – who giggled uncontrollably while demonstrating how to steal a melancia. But, then he had a change of heart and tried to pawn it off on us. Not wanting to get caught green-handled, we declined. We already had one in the bus.

We also had our own acerola tree. For tasty juice, you don’t need a juicer – just press the fruit between two identical cups and add some sugar to taste. Good stuff. 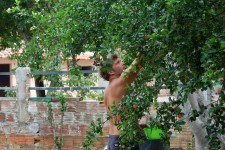 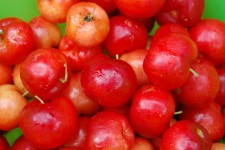 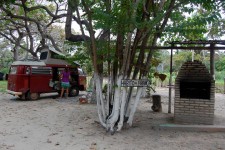 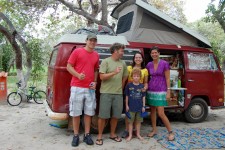 One thought on “Jijoca de Jericoacoara”